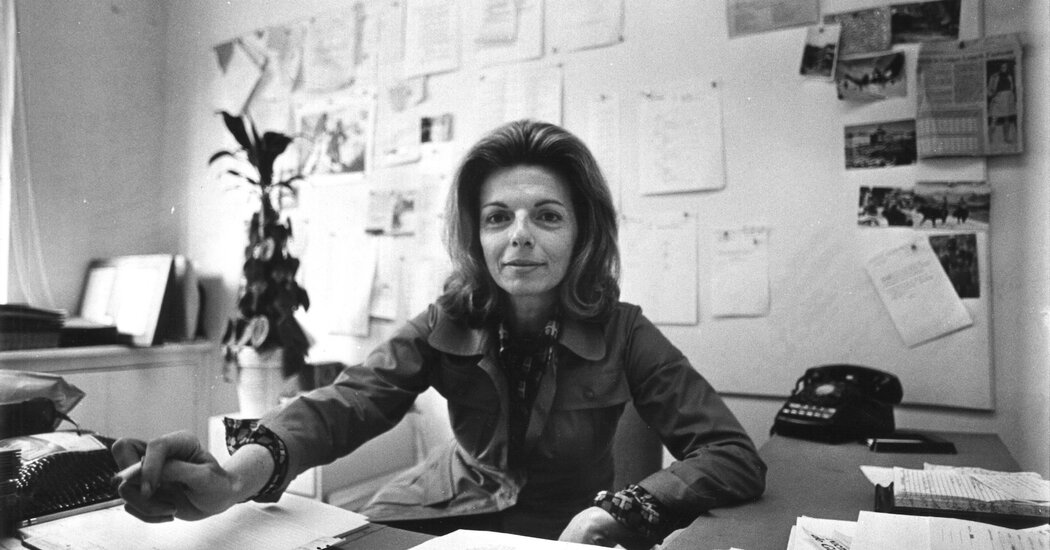 The magazine added sections on the arts, fitness, health and beauty while keeping its emphasis on fashion. Circulation tripled during Ms. Mirabella’s tenure, to more than 1.2 million in 1988 from 400,000 in 1971.

But while she was considered the most powerful woman in fashion, she kept the focus on fashion and not herself, said Samir Husni, a professor of journalism and director of the Magazine Innovation Center at the University of Mississippi School of Journalism. “She was an icon, a legacy,” Professor Husni said in an interview for this obituary.

She was also hard-working.

“Nobody,” he said, “ever wrote a book about her, ‘The Devil Wears Prada,’” a reference to the novel, later made into a movie, based on Ms. Mirabella’s successor at Vogue, Anna Wintour. “She wore the Prada without the devil.”

By the mid-1980s, though, the pendulum of fashion had swung again. There was new money and a new interest in the comings and goings of celebrities. Fashion was becoming more about trendiness, and Vogue was not reflecting these sensibilities.

Though it still dominated the world of fashion magazines, Vogue was facing new competition. One of its competitors, American Elle, had become a force almost overnight, with an emphasis on a youthful European approach.

Elle was introduced in September 1985; by the end of the next year, its paid circulation was 861,000. In June 1988, Ms. Mirabella was ousted — as abruptly as Ms. Vreeland had been before her — and replaced with Ms. Wintour, 20 years her junior. Ms. Wintour had been creative director at Vogue from 1983 to 1986 before becoming editor of British Vogue and then House & Garden (which was renamed HG in 1988).