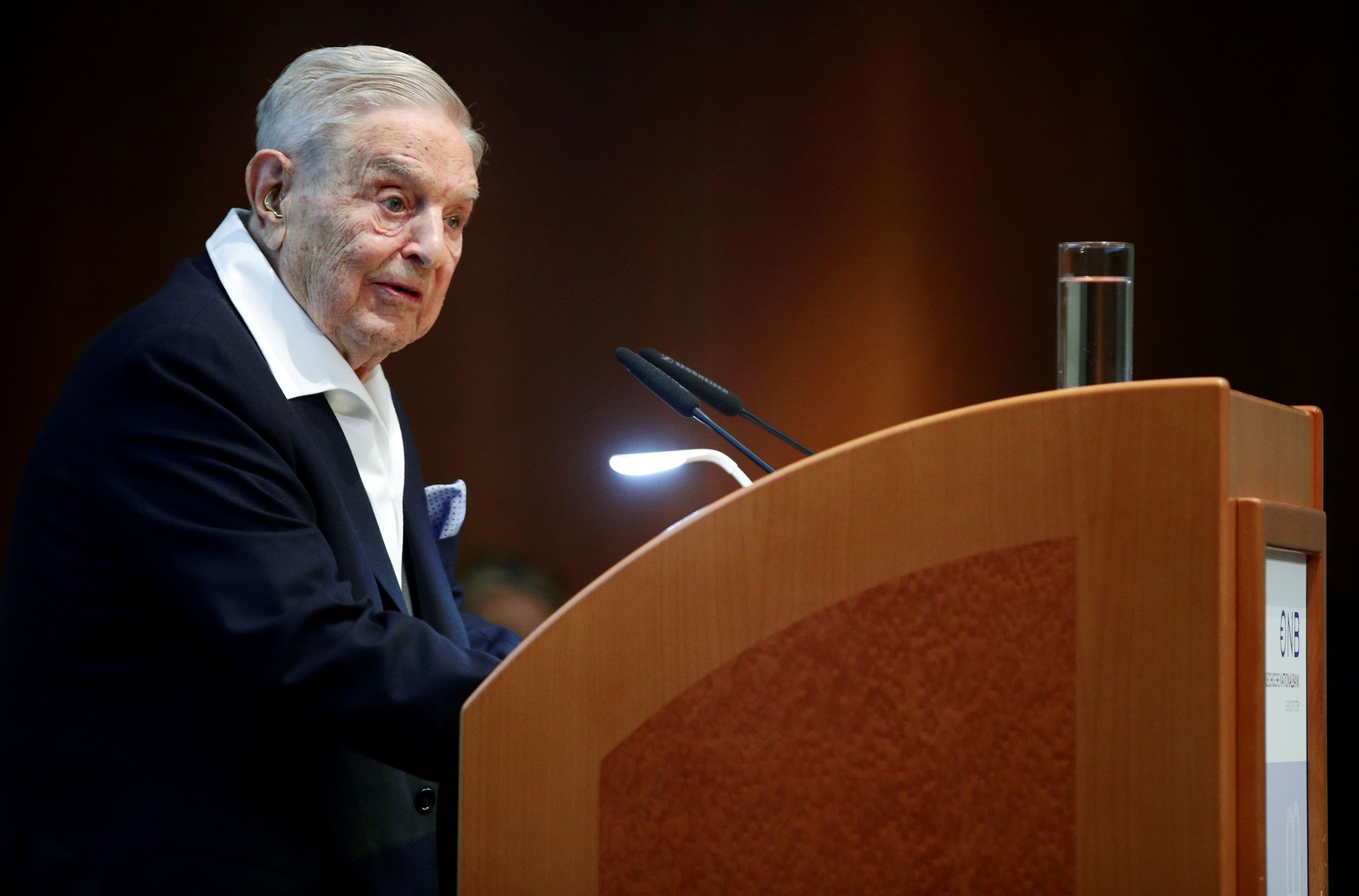 Billionaire investor George Soros speaks to the audience at the Schumpeter Award in Vienna, Austria June 21, 2019.

Speaking via teleconference on a panel with the Hoover Institution on Monday, Soros argued that the omicron Covid-19 variant “threatens to be Xi Jinping’s undoing” as the virus is “no longer under control” in China.

“The Chinese vaccines were designed to deal with the [original] Wuhan variant, but the world is now struggling with other variants,” Soros said. “Xi Jinping couldn’t possibly admit this while he is waiting to be appointed for a third term — he is hiding it from the Chinese people as a guilty secret.”

A spokesperson for the Chinese government was not immediately available to comment when contacted by CNBC.

Soros claimed that Xi’s only available move, therefore, has been to impose China’s zero-Covid policy, which has been criticized for its widespread economic ramifications both at home and abroad.

The Chinese Communist Party will decide at its National Party Congress this year whether to give Xi a third term in office. But Soros argued Xi’s attempts to impose “total control” over the country via a series of severe lockdowns could jeopardize his chances of being reinstated as the party’s leader as the strategy is “unlikely to work against a variant as infectious as omicron.”

Despite Xi’s authority over the military and citizen surveillance, he has “many enemies,” Soros added.

“Although nobody can oppose him publicly because he controls all the levers of power, there is a fight brewing within the CCP that is so sharp that it has found expression in various party publications,” he said. “Xi is under attack from those who are inspired by [former leader] Deng Xiaoping’s ideas and want to see a greater role for private enterprise.”

He also noted that China is facing an economic crisis centered on its real estate market — a major growth engine in the country.

“The model on which the real estate boom is based is unsustainable,” he explained. “People buying apartments have to start paying for them even before they are built, so the system is built on credit. Local governments derive most of their revenues from selling land at ever-rising prices.”

China’s huge real estate sector is under pressure as authorities have looked to reduce its reliance on debt in recent years. A number of firms in the industry have defaulted, including real estate giant China Evergrande.

“It remains to be seen how the authorities will handle [the real estate] crisis,” Soros said on Monday. “Xi Jinping has many tools available to reestablish confidence — the question is whether he will use them properly. In my opinion, the second quarter of 2022 will show whether he has succeeded.”

“The current situation doesn’t look promising for Xi,” he added.