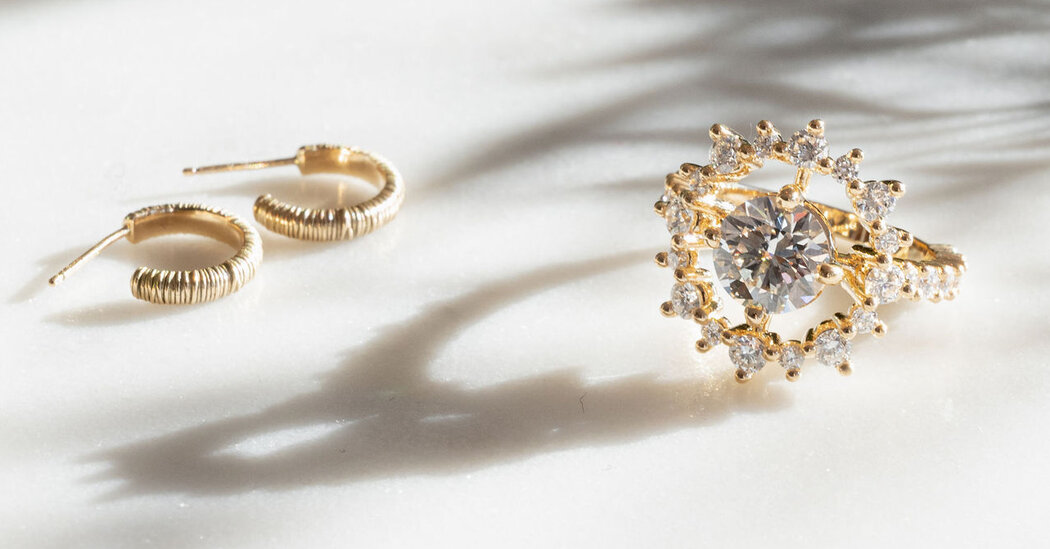 At the fair, Massin showcased jewels made using techniques he had patented, such as a floral filigree metalwork that appeared to be stitched with diamonds, or lacelike ribbons set with diamonds that were designed to be sold by the meter. There are stories that the shah of Persia wanted to buy the entire display on the spot, but Massin refused. Instead, he presented it to the exposition’s jury and won the Premier Grand Prix for jewelry and became a Chevalier de la Légion d’Honneur, a French order of merit that Mr. Schoonhoven said was customarily given to French recipients of important awards at the time.

Although Massin’s atelier closed in 1891 and he died in 1913, his influence lingered, particularly in settings with movement, such as tremblant and pampille, or cascade. And occasionally a Massin piece would resurface at auction, for example an important necklace sold at Sothebys in 2018. It consists of 21 large, old-cut diamonds that are open set, which makes them appear to float within closed-set borders of tiny, rose-cut diamonds. Anna Wintour, the worldwide chief content officer for Condé Nast and global editorial director of Vogue, wore the piece to host the Met Gala in 2019 and 2021.

Mr. de Narp said that Oscar Massin, which was introduced in February, was following a digital-first business model, like its sibling brand. Unlike Vever, however, the jewelry designed in Paris is being produced in New York City and marketed primarily to an American clientele.

The reason, he said, is that lab-grown diamond jewelry is the fastest-growing category in the U.S. market, which a 2021 DeBeers report called the world’s largest consumer of diamonds. For that reason, earlier this month the brand also introduced two retail spaces — one in New York and one in Los Angeles — within Saks Fifth Avenue.

Luca Solca, a luxury goods analyst at the research firm Bernstein, wrote in an email that the future for synthetic diamonds looks bright, especially if producers can demonstrate they use clean renewable energy.

“Digging the earth for natural diamonds is a highly disruptive and polluting activity — which should be better avoided, if possible,” he wrote. “Jewelry and watch brands are resorting to recycled gold for the very same reason. I expect consumers will care more and more about the environmental and social implications of their shopping decisions.”