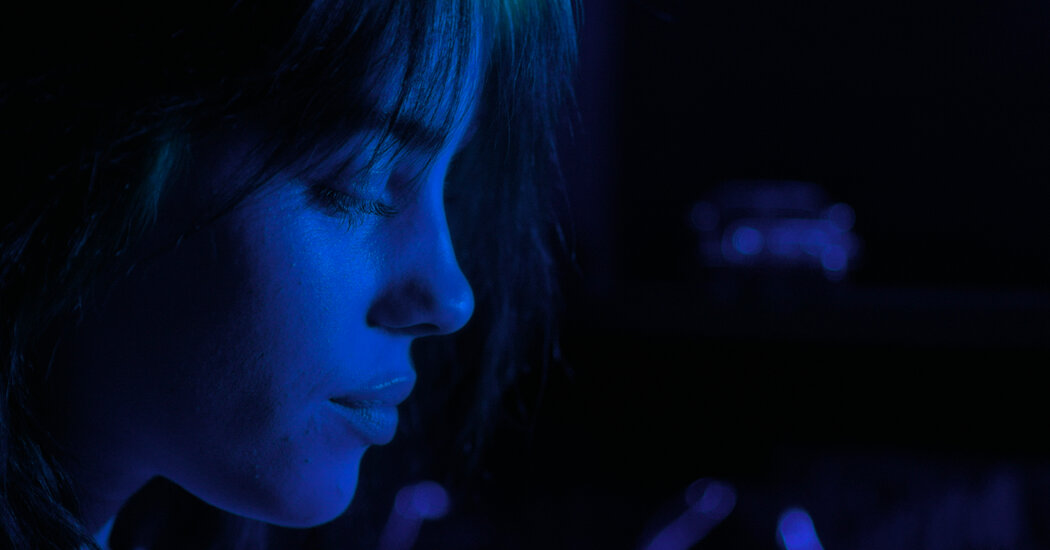 The pandemic, it seems, sent certain enterprising music lovers into editing rooms. For those still leery of gathering for a live concert, the 2021 consolation prize was not a slew of ephemeral livestreams, but an outpouring of smart, intent music documentaries that weren’t afraid to stretch past two hours long. With screen time begging to be filled, it was the year of the deep dive.

Those documentaries included a binge-watch of the Beatles at work in Peter Jackson’s “The Beatles: Get Back”; a visual barrage to conjure musical disruption in Todd Haynes’s “Velvet Underground”; far-reaching commentary atop ecstatic performances from the 1969 Harlem Cultural Festival in Questlove’s “Summer of Soul (…Or, When the Revolution Could Not Be Televised)”; and a surprisingly candid chronicle of Billie Eilish’s whirlwind career — at 16, 17 and 18 years old — in R.J. Cutler’s “The World’s a Little Blurry.” The documentaries were about reclaiming and rethinking memory, about unexpected echoes across decades, about transparency and the mysteries of artistic production.

They were also a reminder of how scarce hi-fi sound and images were back in the analog era, and how ubiquitous they are now. Half a century ago, the costs of film and tape were not negligible, while posterity was a minor consideration. Experiencing the moment seemed far more important than preserving any record of it. It would be decades before “pics or it didn’t happen.”

The Velvet Underground, in its early days, was simultaneously a soundtrack and a canvas for Andy Warhol’s Exploding Plastic Inevitable, a multimedia club-sized happening that projected images on the band members as they played. Although the Velvets’ social set included plenty of artists and filmmakers, apparently no one got the obvious idea of capturing a full-length performance by the Velvets in their prime. What a remarkable missed opportunity.

Haynes’s documentary creatively musters circumstantial evidence instead. There are memories from eyewitnesses (and only eyewitnesses, a relief). And Haynes fills the lack of concert footage with an overload of contemporaneous images, sometimes blinking wildly in a tiled screen that suggests Windows 10 running amok. News, commercials and bits of avant-garde films flicker alongside Warhol’s silent contemplations of band members staring back at the camera. The faces and fragments are there, in a workaround that translates the far-off blur of the 1960s into a 21st-century digital grid.

Luckily there was more foresight in 1969, when Hal Tulchin had five video cameras rolling at the Harlem Cultural Festival, which later became known as “Black Woodstock.” New York City (and a sponsor, Maxwell House) presented a series of six weekly free concerts at Mount Morris Park (now Marcus Garvey Park) with a lineup that looks almost miraculous now, including Stevie Wonder, Mahalia Jackson, Nina Simone, B.B. King, Sly and the Family Stone and Mongo Santamaria, just for starters. Tulchin’s crew shot more than 40 hours of footage, capturing the eager faces and righteous fashions of the audience along with performers who were knocking themselves out for an almost entirely Black crowd. Yet nearly all of Tulchin’s material went unseen until Questlove finally assembled “Summer of Soul” from it.

The music in “Summer of Soul” moves from peak to peak, with unstoppable rhythms, rawly compelling voices, snappy dance steps and urgent messages. But “Summer of Soul” doesn’t just revel in the performances. Commentary from festivalgoers, performers and observers (including the definitive critic Greg Tate) supply context for a festival that had the Black Panthers as security, and that the city likely supported, in part, to channel energy away from potential street protests after the turbulence of 1968.

Questlove’s subtitle and his song choices — B.B. King singing about slavery, Ray Baretto proudly claiming a multiracial America, Nina Simone declaiming “Backlash Blues,” Rev. Jesse Jackson preaching about Martin Luther King Jr.’s murder in 1968, even the Fifth Dimension finding anguish and redemption in “Let the Sunshine In” — make clear that the performers weren’t offering escapism or complacency. After five decades in the archives, “Summer of Soul” is still timely in 2021; it’s anything but quaint. Here’s hoping that far more of the festival footage emerges; bring on the expanded version or the mini-series. A soundtrack album is due in January.

Cameras were filming constantly during the recording sessions for “Let It Be,” when the Beatles set themselves a peculiar, quixotic challenge in January of 1969: to make an album fast, on their own (though they eventually got the invaluable help of Billy Preston on keyboards), on camera and with a live show to follow. It was one more way that the Beatles were a harbinger of things to come, as if they had envisioned our digital era, when bands habitually record video while they work and upload work-in-progress updates for their fans. In the 1960s, recording studios were generally regarded as private work spaces, from which listeners would eventually receive only the (vinyl) finished project. The “Let It Be” sessions represented a new transparency.

Its results, in 1970, were the “Let It Be” album, reworked by Phil Spector, and the dour, disjointed 80-minute documentary “Let It Be” by the director Michael Lindsay-Hogg — both of them a letdown after the album “Abbey Road,” which was released in 1969 but recorded after the “Let It Be” sessions. The Beatles had announced their breakup with solo albums.

The three-part, eight-hour “Get Back” may well have been closer to what the Beatles hoped to put on film in 1969. It’s a bit overlong; I will never need to see another close-up of toast at breakfast. But in all those hours of filming, Lindsay-Hogg’s cameras took in the iterative, intuitive process of the band constructing Beatles songs: building and whittling down arrangements, playing Mad Libs with syllables of lyrics, recharging itself with oldies and in jokes, having instruments in hand when inspiration struck. Jackson’s definitive sequence — the song “Get Back” emerging as Paul McCartney, George Harrison and Ringo Starr are jamming one morning — merges laddish camaraderie with deep artistic instinct.

“Get Back” newly reveals the situations that the Beatles were juggling even as they pushed themselves toward their self-imposed (and then self-extended) deadline. They moved from the acoustically inhospitable Twickenham film studios to a hastily assembled basement studio at Apple. They seriously mulled over some preposterous locations — an amphitheater in Tripoli? a children’s hospital? — for the impending live show. There was so much tension that George Harrison walked out of the band, only to reconcile and rejoin after a few days. Meanwhile, they faced predatory coverage from British tabloids. It’s a wonder they could concentrate on making music at all.

Yet as established stars, the Beatles could work largely within their own protective bubble in 1969. Fast-forward 50 years for “The World’s a Little Blurry,” and Billie Eilish faces some of the same pressures as the Beatles did: songwriting, deadlines, playing live, the press. But she’s also dealing with them as a teenage girl, in an era when there are cameras everywhere — even under her massage table — and the internet multiplies every bit of visibility and every attack vector. “I literally can’t have a bad moment,” she realizes.

In “The World’s a Little Blurry,” Eilish performs to huge crowds singing along with every word, sweeps the top awards at the 2019 Grammys and gets a hug from her childhood pop idol, Justin Bieber. But as in her songs — tuneful, whispery and often nightmarish — there’s as much trauma as there is triumph. Eilish also copes with tearing a ligament onstage, her recurring Tourette’s syndrome, a video-screen breakdown when she headlines the Coachella festival, an apathetic boyfriend, inane interviewers, endless meet-and-greets and constant self-questioning about accessibility versus integrity. It’s almost too much information. Still, a few years or a few decades from now, who knows what an expanded version might add?