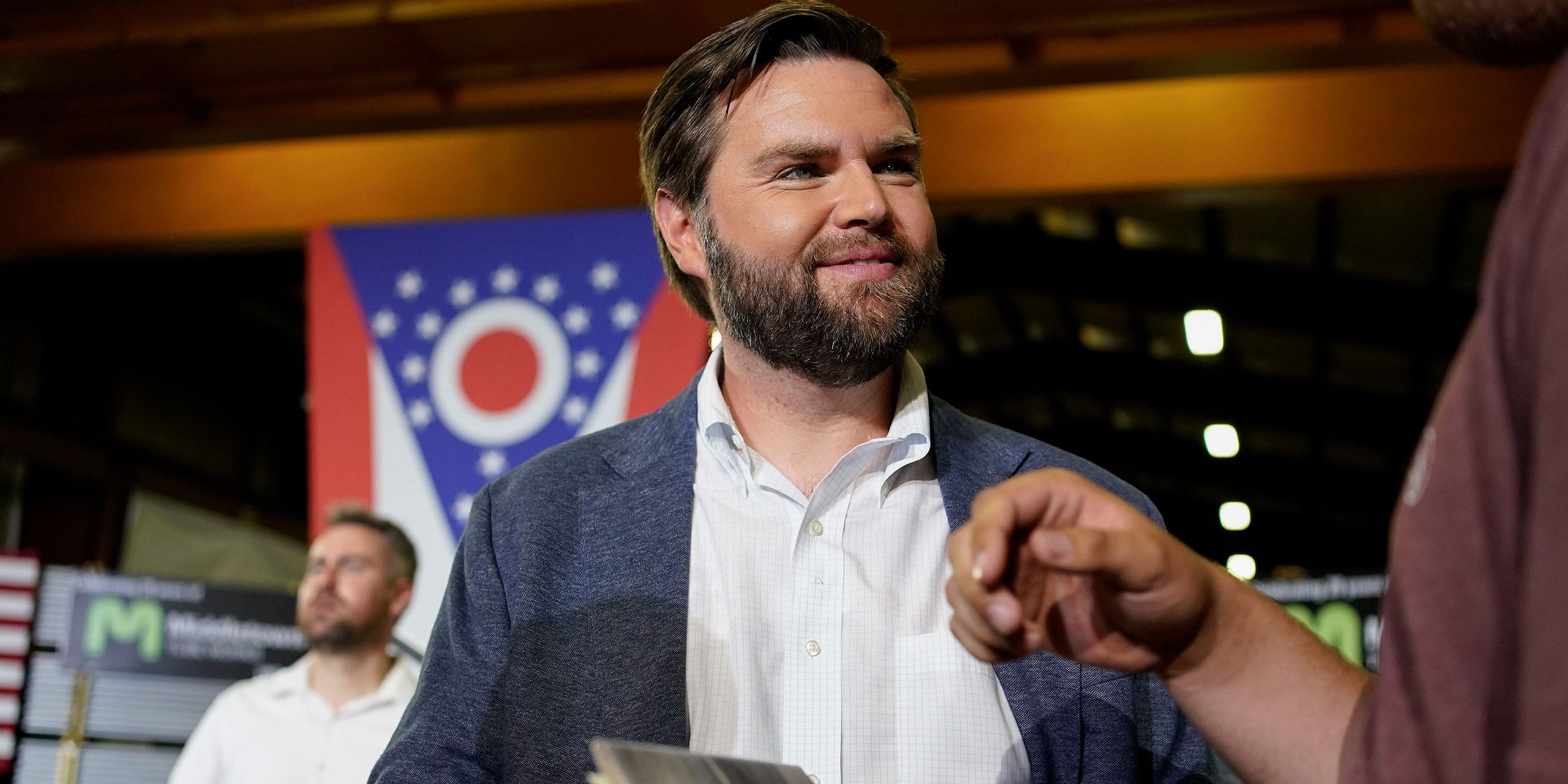 Nascent U.S. Senate candidate J.D. Vance said in a 2019 speech, “If you think children killing themselves is a problem, if you think people not having families, not getting married, and feeling more isolated are problems—then you need to be willing to use political power when it’s appropriate to actually solve those problems.” Other members of the Right are similarly gung-ho on wielding the power of the state to effect their socially conservative ends. Sometimes this crops up as admiration for Eastern European regimes’ willingness to be “publicly defensive of the Judeo-Christian code and its manifest goodness”; at other times it is inchoate economic iconoclasm for the sake of the “common good.” Legal scholar Adrian Vermeule frames it as concentrating enough force “to ensure that the ruler has the power needed to rule well,” yielding an order in which “subjects will come to thank the ruler whose legal strictures, possibly experienced at first as coercive, encourage subjects to form more authentic desires.” Ranging from economics to the judiciary to education, the general pattern, often originating in members of the “New Right” (which is not new) is to take up the tools of the state in service of personal virtue.

A recent manifesto from Oren Cass, Chris Griswold, and Wells King at American Compass offers a (relatively) concrete example of this trend. Citing harmful consequences of modern technology, they proclaim, “A free and flourishing nation defends its children and provides a protective sphere within which they can develop into capable citizens.” Hear, hear. As with many socially conservative hopes, there is little to quarrel with, even from a broad perspective, in their desired ends.

Yet their understanding of the means is woefully underdeveloped. The authors’ ideal policy “ensures that each citizen has a private domain inaccessible by the market and the state and obscured from public view,” and “places its citizens in control of its technology, not the other way around.” They fail entirely to address existing robust options for maintaining privacy and independence even within the internet and also exclude abundant options which are altogether disconnected from the internet. The result is policy that is designed for and perpetuates an idle public that fails to exercise moral agency. This arrangement—outsourcing cultural issues to the state with little regard for civil society’s serviceability—is characteristic of the New Right’s political-cultural programs, from Vance’s dissatisfaction with political action on loneliness, to Sohrab Ahmari’s wish to legislate “a day of rest and worship.”

Not least among several risks of using the state’s power for these sorts of cultural objectives is that those tools will eventually be turned on the religious and social conservatives. Then there is the danger that, even in the unlikely event the traditionalists are the ones who wield the political power they seek, they could be mistaken about any number of things, and their policies would have directly harmful effects. These risks have been eloquently and thoroughly analyzed.

But another risk is embedded in the enterprise of cultural policy, one that should worry both those emphasizing liberty and those emphasizing virtue. Nicholas Eberstadt recently described how Great Society antipoverty programs “subverted [human flourishing] by tacitly encouraging, and overtly subsidizing, an alternative to financial self-reliance, work, and intact family.” In The Fractured Republic, Yuval Levin outlines the atomizing effect of consolidating social policy enacted through the 20th century, concluding that, “Increasingly, society consists of individuals and a national state, while the mediating institutions—family, community, church, unions, and others—fade and falter.” These effects of 20th-century policy elucidate the potential harm of state-level culture warring: Creating government programs to form “authentic desires” risks hollowing out private institutions which have historically provided society’s moral foundations.

Rather than contributing to the moral capital of the United States, policies that gather up to government the task of moral formation are likely to erode the institutions of civil society by usurping their functions. If the state handles matters of personal morality, which the eager paleoconservatives would have it do, civil society’s capabilities will grow weaker through crowding out and disuse as tax-funded enterprises replace the functions of local private ones. Vance’s implication that we need “to use political power” to care for people suffering from “feeling more isolated,” would leave neighbors with less purpose in acting neighborly and churches in shepherding tight flocks. Instead of a revitalization of traditional values across the country, the more likely result for the citizens is anomie—normative energy would reside less within the people and civil society; instead, it would be facelessly exerted by the state.

Contrary to the fad of nationalization on the Right, the case for small-scale responsibility is well-worn in conservative thought and Western traditions: federalism is, of course, a primary component of the Constitutional order; Catholic social teaching prioritizes subsidiarity; and the reformed Protestant heritage generated sphere sovereignty (the Protestants do have a better track record of spurning centralized human authority). These theories of independent and varied civil society have been richly expressed in American history. In Congress and the American Tradition, James Burnham described it:

In reality there are churches, not a Church, each with some independent power and influence, each separate from the state and separate in organizational life from the others. And so with business, the trade-unions, the varied and diverse farm associations. The American tradition has favored the autonomy, the diversity, and even the clash of these groups. It has resisted also the tendency of any one of them to become so singly powerful as to threaten to dominate the others.

Armed by these varied and independent institutions, Burnham argued, American society reached “an equilibrium of social powers in which private life has to an unprecedented degree predominated over government. Government could not tyrannize over the citizens because the citizens, in their private capacities, were stronger than government.”

For those in agreement with many of social conservatives’ desired ends, this picture of society has much to commend it: non-governmental organizations exercising significant moral force to form the people but also maintaining enough decentralization to hedge against the risk that an authority is mistaken. America’s assorted institutions have been the wellspring of instruction in virtue through history precisely because they are tailored to address such crucial issues and because they are near enough to the challenges to ascertain their complexity. Today’s right-wing moralists, however, would disregard our institutions of civil society, sapping whatever vigor remains in them, and concentrate it in the hands of their Caesar to attempt to impose a moral order from on high.

A primary refrain in response to the argument for localized virtue-building is that social conservatives have only been losing in the public square for at least a decade. That is why we needed someone like Donald Trump, they say, because he “fights” for them (at which Milton Friedman likely would have scoffed, “You’re willing to take the word for the deed.”). The situation in modern America is so dire, the argument goes, that only a consolidated national program is sufficient to overcome the crisis of morality.

Two glaring issues with this type of argument come to mind. The first is that nearly all instantiations of policy to promote a particular vision of morality amount to treating the symptoms. Pick an example—the underlying issues of morality cannot be resolved by the craftiest pro-natal, anti-left legislation J.D. Vance can conceive. Kevin Williamson recently argued, “A culture in which the normal thing to do is to pay off the porn star with whom you were having an affair in order to avoid a confrontation with your third wife and grease the skids for your presidential campaign is a culture that is going to have abortion, whether there is one Amy Coney Barrett on the Supreme Court or nine.” The same seems true of many cultural issues, from esteem for work to family formation. Policy is superficial. Bureaucrats, no matter how often they attend Mass, are of little use in convincing a young man that he has a moral responsibility to take care of his family and avoid drugs.

The second issue is that an abandonment of practical, local responsibility is almost always implicit in calls for national action on cultural matters. Between the options of 1) bearing down in communities and making the case for a dutiful life through friendships and example and 2) grinding cogitation that yields only pieces of paper saying, “Marry and have children,” of course the latter is easier. While making an argument for, or even passing, laws that encourage conservative lifestyles may feel productive, its primary effect may be removal of duty to in-the-flesh neighbors. For all their dirges on the downfall of small-town American localism, the traditionalists are all too happy to emphasize their crude national policies. In the process, they elide countless distinctions across our continental nation and show minimal support for the wellbeing and responsibility of local institutions and individuals.

Beyond the risk of atrophy in civil society and the shirking of local responsibility, using the state for culture warring ignores one of life’s fundamental realities, namely that “joy’s soul lies in the doing.” People are happiest when they embrace, as Aristotle put it, “activity of the soul in accordance with virtue.” Life’s richest rewards lie in fielding its challenges as families, churches, schools, rotaries, and neighborhoods. Allowing those institutions to work is what makes them strong and able to provide meaning in life. If government becomes the primary venue for parsing existential questions, there will necessarily be less activity of the soul in the institutions that give life meaning. Such a government would allow for, indeed nurture, moral stupor on the part of the American people.

In the face of some admittedly concerning cultural movements, citizens with traditional understandings of virtue would only do themselves a disservice to collapse their moral strongholds into fewer and necessarily generic layers in government, which are brutally subject to transient political passions. Prudence does not suggest policies that override and, thereby, fray the people’s moral sense. Instead, we should seek laws that provide the space necessary to cultivate nimble local institutions that instill uprightness, encourage restraint, and promote individuals’ moral reflection.