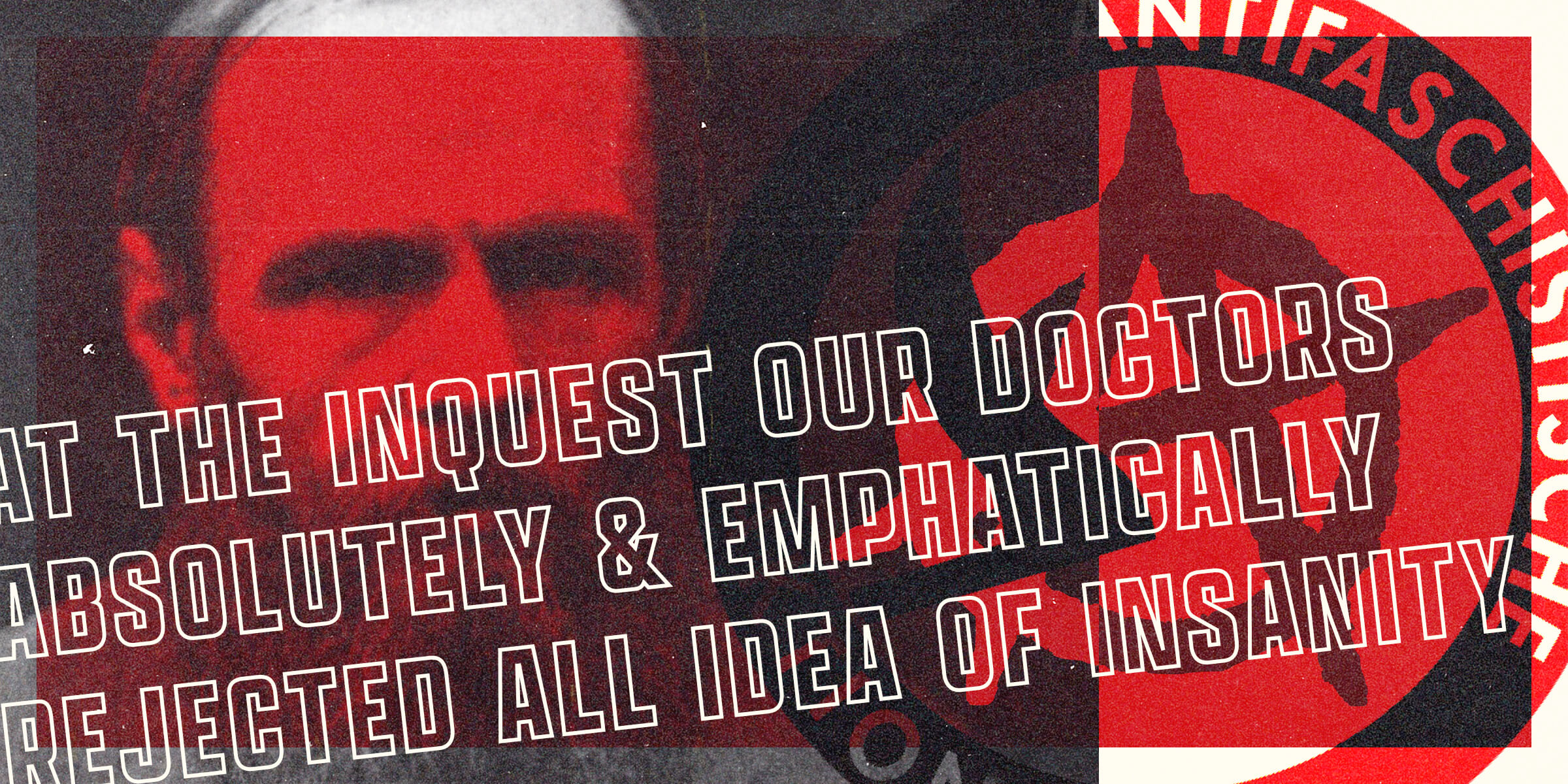 In his brilliant lead essay, “Encountering the Spirit of Revolutionary Negation,” Daniel J. Mahoney argues that Dostoevsky’s Demons (1871-72) offers wisdom as the United States confronts “new waves of moralistic fanaticism and toxic nihilism” and “young people and pseudo-intellectuals bow before the cult of revolution.” If ever we needed such wisdom, it is now.

The latest surge of radicalism was particularly visible in December when groups looted stores in California, including luxury venues in San Francisco’s Union Square. Despite videos of mobs fleeing with spoils, some politicians refused even to acknowledge the thefts. Reports of smash-and-grab incidents were “not actually panning out,” one congressional Democrat insisted.

Bolder pseudo-intellectuals celebrate looting because it provides people “an imaginative sense of freedom and pleasure.” As Vicky Osterweil argues In Defense of Looting, it “attacks some of the core beliefs and structures of cisheteropatriarchal racial capitalist society,” including property rights, “the moral injunction to work for a living, and the ‘justice’ of law and order.”

For all the press, Osterweil merely repackages sentiments driving earlier radicals. In Demons, Pyotr Stepanovich cackles, “Do you know how much we can achieve with little ready-made ideas alone? When I left, Littre’s thesis that crime is insanity was raging; I come back—crime is no longer insanity but precisely common sense itself, almost a duty, at any rate a noble protest.”

By this logic, smash-and-grab vandalism of the Union Square Louis Vuitton is an assertion of social justice and everyone’s right to a Neverfull.

But what precisely is the nature of Dostoevsky’s wisdom? One of Mahoney’s points concerns the generational conflict between Stepan Trofimovich Verkhovensky and his son, Pyotr Stepanovich. The former was a minor figure in radical circles of the 1840s; the latter is immersed in the nihilistic ideals of the 1860s. In their political discussions, Mahoney observes,

Père Verhkhovensky wants to be “progressive” without drawing all the revolutionary and nihilistic conclusions inherent in his position. . . . Pyotr Stepanovich can readily mock his father for his incoherent mixture of decency and progressive ideology. Pyotr is thus the faithful heir of What is to be Done?, as Lenin would be a generation or two later. . . . In that exchange, the Russian generational conflict between liberal, progressive fathers and nihilistic sons is brilliantly encapsulated.

Here I would like to tease out Dostoevsky’s insights on what drives the progressive figures in their relationship with the nihilists, along with the revolutionary fire that leads to multiple deaths and the burning of a third of the village of Zarechye. I suggest that the “demons” that haunt both groups endure in America, where revolutionary fervor smolders not in spite of but because of what links generations of such “elites”: their vanity and hubris.

Demons foregrounds the vanity of Stepan Trofimovich Verkhovensky, who in his youth had briefly belonged to “the famous pleiad of some renowned figures of our previous generation.” Now he lives quietly in Zarechye, where he (wrongly) imagines himself under government surveillance. He loves this role “to the point of passion.” Stepan’s self-image is only bolstered by his patroness, Varvara Petrovna Stavrogin, who initially hires him as a tutor to her son.

When a new political movement arises at the end of the fifties, the pair strike out for Petersburg—Stepan Trofimovich to be admired anew and Varvara Petrovna to renew society connections. While she fails in her initial goal, she establishes a salon where writers come to drink and preen: “They were abusive, and considered it to their credit.” Meanwhile, writers who are “indisputable celebrities” of long standing become “meek as lambs.”

Why do they tolerate this abuse? One answer is suggested by John H. Cochrane’s definition of “wokeness” as “an excellent and hard-to-master luxury belief, and thus a powerful class signifier.” To be (or associate with) those at the cutting edge of political movements is to be elite.

Likewise, to be cancelled by the “woke” is humiliating. Varvara Petrovna errs by inviting to her salon an elderly general who dismisses a young radical as “a brat and an atheist!’“ Afterwards, a collective letter is published with many signatures denouncing “the ‘outrageous act’ of Varvara Petrovna in not wishing to throw the general out at once.” She, the general, and Stepan Trofimovich are caricatured as “three retrograde cronies.”

They retreat to Zarechye, apparently oblivious to the irony of being shamed for entertaining people of different beliefs in a setting devoted to exploring ideas. But such is the state of salons and universities today, which only replicate the earlier cycle of cancellation. Only those secure in their position can resist its threat.

Barack Obama, for instance, needs no accolades and can confidently reject cancel culture. One millennial “gasped” at the former president’s insistence that “people who do really good stuff have flaws,” and that college students who criticize others are wrong to be so judgmental. This was, the writer carped, “finger-wagging.” But what can one expect from a boomer like Obama?

Dostoevsky prompts us to consider the ties between generations most brilliantly in Pyotr Stepanovich’s interactions with his father and the governor’s wife, Yulia Mikhailovna von Lembke. The father is appalled by his son’s willingness to go beyond advocating reforms to insisting on brutal controls and violence. Stepan Trofimovich even denies that his generation laid the foundation for such actions:

It was not for that, it was not at all for that we strove; I don’t understand any of it. . . . But do you understand, I cry to him, do you understand that if you have the guillotine in the forefront, and with such glee, it’s for the sole reason that cutting heads off is the easiest thing, and having an idea is difficult!

Stepan Trofimovich is certainly right that execution requires less intellectual work than philosophy, but he remains morally blind to how his generation led to the ideas of the next.

Helen Andrews considers the problem from the opposite side in Boomers: “The millennials blame the boomers for wrecking the country, yet . . . we continue seeing the world in their terms. Our social justice activists devote their lives to the same causes.” They even repeat the pattern of summer protests, which the 1960s presented as “something with minimal risks.”

Reading Demons with the protests of 2020 in mind provides an opportunity for boomers to reflect upon what they left for their children and undergo their own moral education. In Dostoevsky’s novel, Yulia Mikhailovna includes radicals such as Pyotr Stepanovich in her circle out of vanity and hubris. She believes she is “influencing the youth by ‘indulgence’ so as to keep them on the brink.” She will “save” them. Is her delusion any different from that of Mayor Jenny Durkan during the unrest in Seattle?

When protestors established the Capitol Hill Autonomous Zone (CHAZ), Durkan denied rumors of violence and insisted that they be left alone. She called it a “Summer of Love,” a term suggesting her own roots as a progressive boomer. Later, when the zone became the Capitol Hill Occupied Protest (CHOP), she persisted in defending them.

CHOP’s residents were fully aware of the threat implicit in the acronym. One protestor used a megaphone to guide the crowd: “Does anybody know what happened to the people who did not get on board with the French Revolution?” he shouted. “Chopped!” the crowd replied. Like Pyotr Stepanovich, they found execution easier than ideas.

In Demons, Pyotr Stepanovich leads his inner circle in murder and inspires the arson that burns down a third of Zarechy. Only then does Yulia Mikhailovna realize the enormity of her mistake. Likewise, in Seattle it took multiple shootings and reports of sexual assault for the mayor to shut down CHOP. Such horrors remind us that “progressive” intentions are not enough.

Nevertheless, the goal of progress toward “equality” continues to drive activists. For Stepan Trofimovich, such ideals are treasured; for Pyotr Stepanovich they are part of the scam. He freely admits, “I’m a crook, really, not a socialist, ha, ha!” He cynically opines that socialism spreads chiefly through “shame at one’s own opinion.” When few can think for themselves, he says they are easy to manipulate, especially if they are accused of being “not liberal enough!”

This is the heart of the intergenerational conflicts among our pseudo-intellectual elite, who struggle over who controls the ideal of being “liberal enough.” If a member of Gen X criticizes the “wokescenti,” a millennial dismisses such “screeds” as illegitimate.

In Demons, Stepan Trofimovich’s final peregrination leads him to reflect on his life—first in an  exaggerated narrative about importance (including a fantastical love triangle), and finally in his acknowledgment, “I’ve been lying all my life.” He was neither a significant political threat nor the object of female conflicts. He realizes, “the most difficult thing in life is to live and not lie.”

This realization is essential to Stepan’s moral education. It enables him to move beyond his imagined role and incoherent politics to bow before “the Great Thought.” Among the lessons we can learn from Demons, this is one of the most urgent: moving past vanity and the appeal of “luxury beliefs” in pursuit of truth. In doing so, perhaps we can evict the harmful ideas—the demons—that haunt our own country.