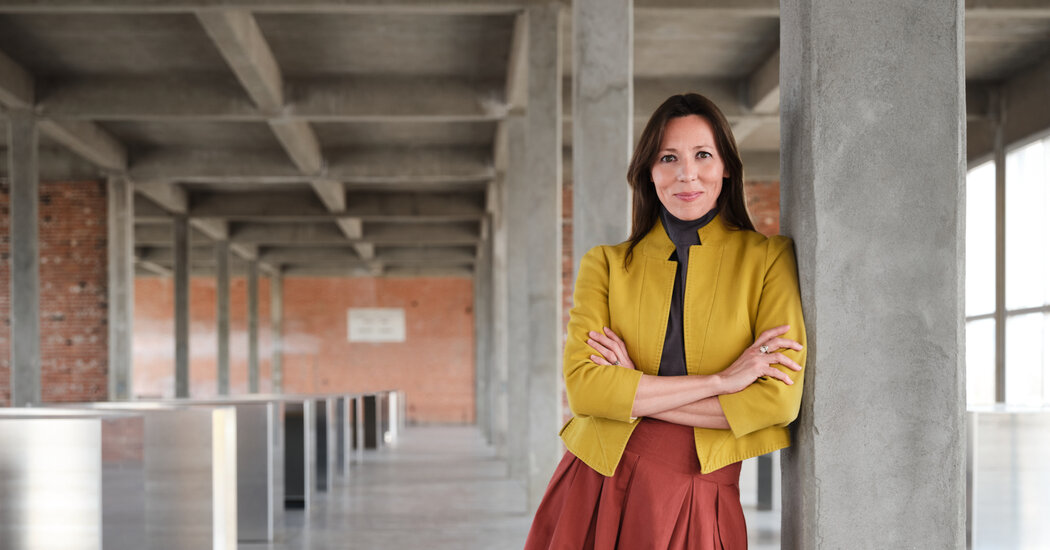 Jenny Moore and the board of trustees of the Chinati Foundation announced on Friday that Moore will step down on July 31, after nine years as the director of the contemporary art museum.

Marella Consolini, the chief operations officer of Chinati from 2010 to 2014, is returning as the interim director while the board conducts an international search for Moore’s replacement at the museum, which was established in 34 repurposed industrial and military buildings on 340 acres in remote Marfa, Texas, by the artist Donald Judd in the 1980s.

Moore, the first director without personal ties to Judd, who died in 1994, sought to professionalize the organization, with annual attendance growing during her tenure to nearly 50,000 before the pandemic — up from 11,300 in 2013. Under her directorship, Chinati created a multiyear master plan in 2017 for the preservation of its art, buildings and landscape, as well as for an improved visitor experience.

In April, the foundation completed a yearlong $2.7 million restoration of Chinati’s 23,000-square-foot John Chamberlain building and the conservation of Chamberlain’s 23 monumental sculptures inside. The first installation at the Chinati foundation to open to the public, in 1983, and the largest permanent display of the artist’s work in the world, the building had suffered significant deterioration in the harsh desert climate over four decades.

“With the first phase of the master plan complete, and after successfully navigating the organization through the most critical moments of the pandemic, the timing was right for me to transition and for new leadership to take the helm of the organization,” Moore said in a statement issued by the foundation.

In May, 11 structures preserved and transformed by Judd — including the Chamberlain Building and two other Chinati holdings as well as eight buildings stewarded by the separate Judd Foundation — were listed on the National Register of Historic Places as part of a new Central Marfa Historic District. The inclusion of Judd’s architectural contributions to this designation was the result of years of coordinated efforts by the two foundations.

Other achievements during Moore’s leadership include the 2016 opening of the artist Robert Irwin’s monumental C-shaped structure, on the site of a former Army hospital, with long corridors of sequential windows and translucent scrims that capture and project the ever-changing desert light. It joined permanent large-scale installations by 12 other artists, all championed and selected by Judd for inclusion in Chinati’s collection, which includes himself, Dan Flavin, Roni Horn, Richard Long, Claes Oldenburg and Coosje van Bruggen.

The board chairman, Mack Fowler, thanked Moore for her accomplishments in the foundation’s statement, and said, “Her legacy alongside the board’s steadfast commitment to the organization leaves Chinati in a strong position as we embark upon the next phase of our master plan.”