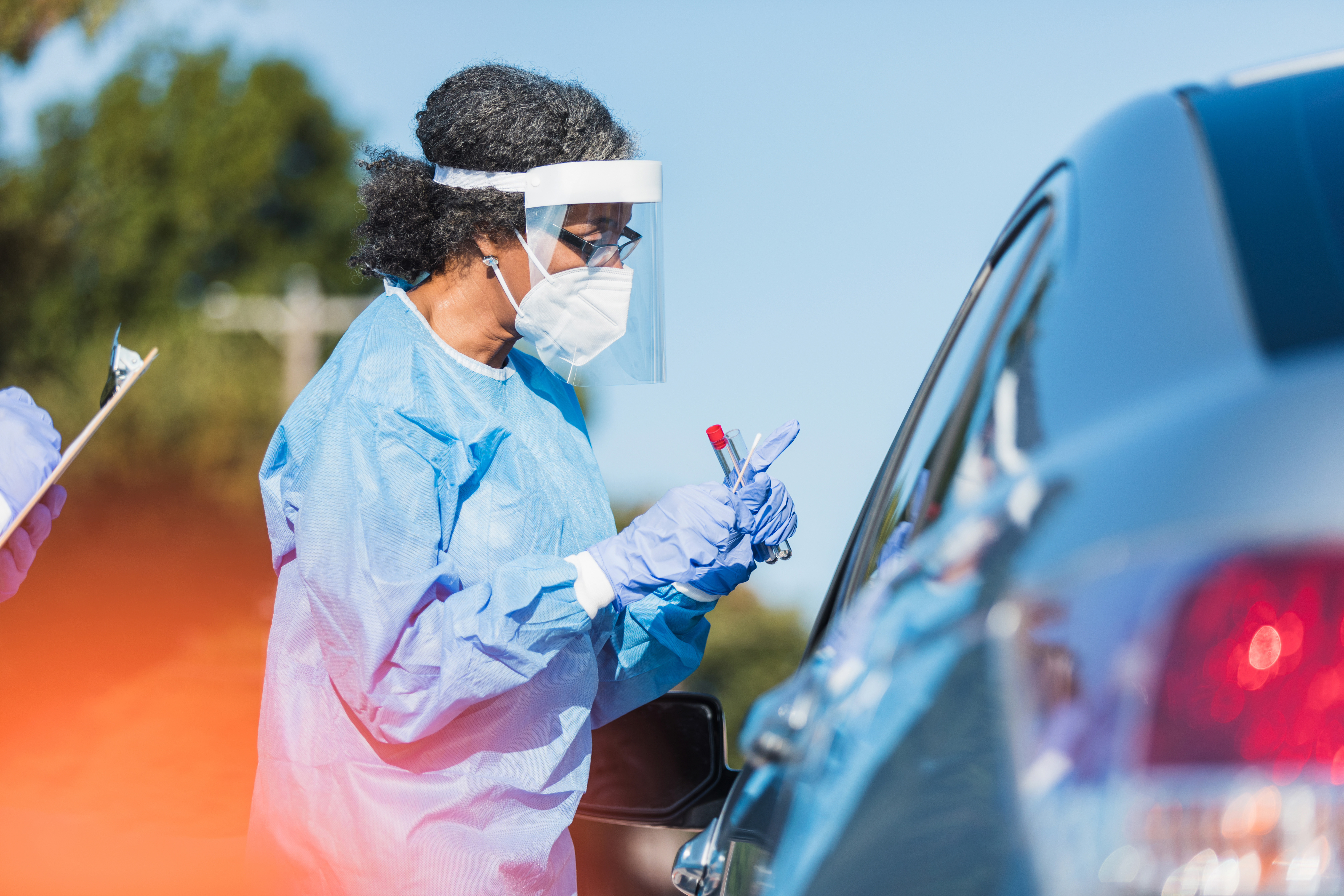 SACRAMENTO, Calif. — California is still offering free covid testing to uninsured residents even though the federal government ran out of money to pay for it.

While Congress debates whether to put more money into free testing, California is leaning on programs it already had in place: special state-based coverage for uninsured Californians, school testing, and free tests offered by clinics, counties, and other groups. Absent free options, people without health insurance could pay as much as several hundred dollars out-of-pocket depending on where they get tested.

At the same time, demand for community testing — from residents with and without insurance — has dropped precipitously.

On a recent Thursday, only three people could be found getting tested at seven testing sites in Sacramento County. Staffers at these locations — from the formerly bustling mass-testing site at the state fairgrounds to a tiny kiosk in a church parking lot — said hardly anyone shows up anymore even though testing is still important for monitoring and reducing the spread of covid-19. They mostly see regulars who come in for routine testing required by their employer or school.

Dr. Olivia Kasirye, the public health officer for Sacramento County, said the county sends specimens to a state lab at no cost to the county, which has helped keep free testing services up and running. California is quietlyending its contract with a central lab, but the state says it will shift testing to a network of commercial labs. State officials told KHN there will be no changes for patients.

“I think we can maintain services” for now, but the future is uncertain, Kasirye said.

Since the beginning of the pandemic, the federal government had reimbursed providers for testing, treating, and vaccinating uninsured people for covid-19. But the Health Resources and Services Administration stopped accepting reimbursement claims for tests and treatments March 22, and for vaccinations April 5, saying the money had run out. The government had been reimbursing providers $36 to $143 per test.

Since then, states and counties have been watching their case rates and coffers to see whether they can keep testing uninsured residents.

In Alabama, Dr. Scott Harris, the state health officer, said offering free testing to people five days a week through county health departments is “probably not something we’re going to be able to sustain much longer,” especially in pockets of the state with large uninsured populations.

“We’re going to have zero services for those people,” Harris said. “And no ability to incentivize providers to see them.”

Congress returns from recess in late April but may not renew the program. Lawmakers previously considered extending it but chose not to include money for it in a $10 billion covid funding deal that’s been pending since early April.

Health care advocates say California has been able to continue free testing for the uninsured, including for residents without legal documentation, because of how it used a separate pot of federal funding. Although 15 other states also leveraged pandemic support, advocates believe California expanded benefits the most.

In August 2020, California created an insurance program with pandemic relief money to cover covid-related treatments, testing, and vaccines for uninsured people or those whose insurance plans don’t cover those services. The Covid-19 Uninsured Group essentially acts as Medicaid for covid, but with no income requirements. That’s different from traditional Medi-Cal, California’s Medicaid program, which is for low-income people.

Coverage will end when the federal public health emergency does. On April 13, the U.S. Department of Health and Human Services renewed the emergency declaration for 90 days, extending it to mid-July.

The state program is a clever way to use federal dollars, said David Kane, a senior attorney at the Western Center on Law & Poverty. But he noted there are drawbacks. People must be enrolled before they can obtain services, and they can’t enroll themselves. Only certain health care providers, mostly hospitals and clinics, can sign people up.

“The program was never designed to exist in isolation,” Kane said, “but now it does.”

About 291,000 people were enrolled in the program as of April 4, according to Anthony Cava, a spokesperson for the state Department of Health Care Services, which administers Medi-Cal. An estimated 3.2 million Californians, or around 9.5% of people younger than 65, are uninsured.

Kane suggested that people find a qualified provider from a database maintained by the Department of Health Care Services or by calling the Medi-Nurse line and get enrolled as soon as possible, especially if they are used to walking up to a testing site and paying nothing.

The challenge is getting people to sign up before they get sick or need a test, Kane said, and keeping the program going with the added patient load.

Another major source of free testing in California is public schools.

California distributed more than 14.3 million at-home tests to schools before students left for spring break. The schools in turn handed out the rapid tests to families so they can screen students before sending them back to campus. The state had a similar program for the winter holidays.

The winter testing was “incredibly effective,” according to Primary Health, the company running the program for the state. About 77% of K-12 families voluntarily reported their results back to a sampling of schools, according to the company.

In addition, the state is paying Primary Health to operate more than 7,000 free testing sites — most of which are in schools — by using leftover federal covid relief money disbursed to states at the beginning of the pandemic.

How long that funding will last isn’t clear.

“It seems like the federal government is stepping back and saying this portion of health care is going back to health care as we know it,” said Abigail Stoddard, Primary Health’s general manager of government and public programs.

Stoddard’s conversations with schools outside California are changing. Instead of conducting surveillance testing to determine whether the virus is circulating on campus, as California is doing, many are moving toward testing only kids with symptoms, she said.

For example, Primary Health operates in Minnesota, where schools are applying for grants to fund testing and will decide whether tests will be for sick students, healthy ones, or just staffers.

Free testing is still available in California through some hospitals, community clinics, local health departments, and private companies working with the state, although how long those options will remain is unclear.

In Sacramento County, the loss of federal funding for testing uninsured people has gone mostly unnoticed so far. “Our hope is that we have enough services and resources in the community that the additional coverage going away will not have a huge impact,” Kasirye said.

But they may get harder to find. The testing company Curative used to offer free lab-run PCR and rapid antigen tests around the state, but now that the federal funding has run out, it offers only PCR tests to the uninsured for free. The company has also reduced the number of its sites, from 283 on April 14 to 135 on April 19.

In some states, Curative has either stopped testing uninsured people — or is charging them $99 to $135 per test.