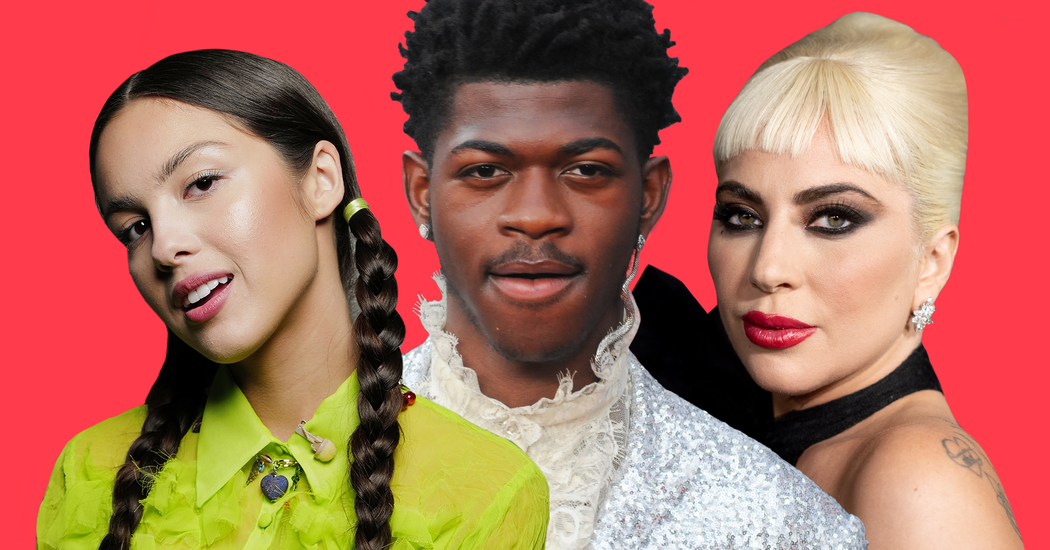 At this year’s Grammy Awards, Lil Nas X and Olivia Rodrigo, two of music’s freshest new stars, will face off against Abba and Tony Bennett, some of its sagest.

That is the unpredictable state of play in the awards show’s top-line category — record of the year — where 10 artists from across genres, spanning ages 19 to 95, will compete for the prize at the 64th annual ceremony on Sunday.

Expanded from five to eight nominees in 2019, and then to 10 in a last-minute change to this year’s slate, record of the year recognizes a single track, based on the artist’s performance and the studio contributions of producers, audio engineers and mixers.

The award can be seen as an attempt to sum up popular music’s previous year in just one impactful song: Recent trophies for best record have gone to Billie Eilish — twice in a row, for “Bad Guy” and “Everything I Wanted” — along with Childish Gambino (“This Is America”), Bruno Mars (“24K Magic”) and Adele (“Hello”).

Eilish is nominated once again this year, for the dynamic “Happier Than Ever,” joining Lil Nas X’s eclectic “Montero (Call Me by Your Name),” Rodrigo’s power ballad “Drivers License,” Bennett and Lady Gaga’s rendition of “I Get a Kick Out of You,” and Abba’s comeback single “I Still Have Faith in You.”

Rounding out the category are “Peaches” by Justin Bieber, featuring Daniel Caesar and Giveon; “Leave the Door Open” by Silk Sonic, the R&B duo comprising Bruno Mars and Anderson .Paak; “Right on Time” by Brandi Carlile; “Kiss Me More” by Doja Cat, featuring SZA; and “Freedom” by the jazz pianist and late-night television bandleader Jon Batiste.

To help make sense of this diverse musical buffet, The New York Times’s making-of series “Diary of a Song” gathered three critics and the pop music editor for a freewheeling conversation about the nominees, how these artists reflect on the Grammys and who will — or should — win the trophy this weekend.

“Diary of a Song” provides an up-close, behind-the-scenes look at how pop music is made today, using archival material — voice memos, demo versions, text messages, emails, interviews and more — to tell the story behind the track. Subscribe to our YouTube channel.

How airline ticket scalpers took over the Chinese travel market