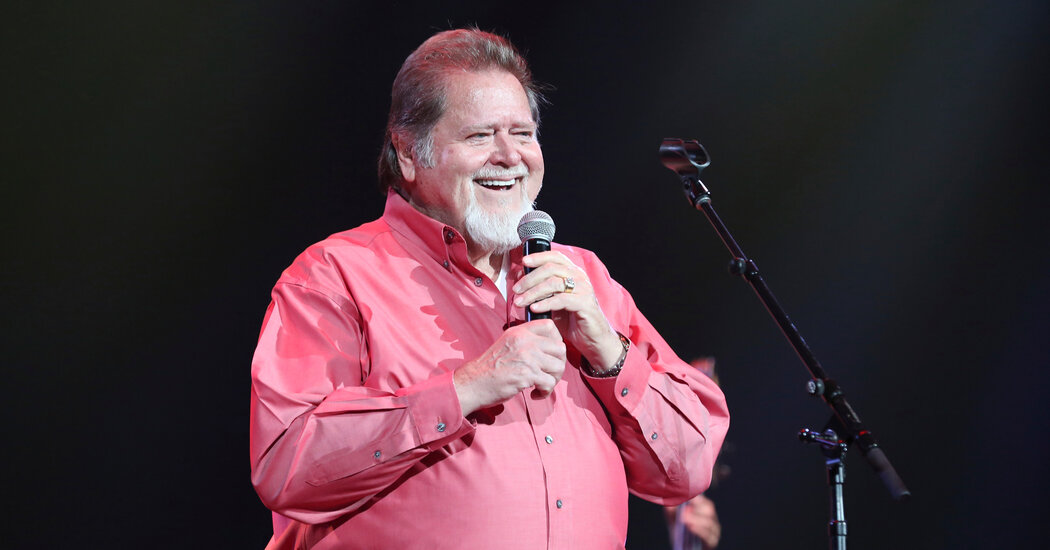 Dallas Frazier, a songwriter of great emotional range who wrote No. 1 country hits for Charley Pride, Tanya Tucker and the Oak Ridge Boys, died on Friday at a rehabilitation facility in Gallatin, Tenn., near Nashville. He was 82.

His death was confirmed by his daughter Melody Morris, who said he had suffered two strokes since August.

Although his most enduring success came in country music, Mr. Frazier also wrote pop and R&B hits for artists like the country-soul singer Charlie Rich and the Louisiana bluesman Slim Harpo. Both released versions of Mr. Frazier’s “Mohair Sam,” a swamp-pop homage to a larger-than-life hipster that, in Mr. Rich’s 1965 Top 40 pop version, became one of Elvis Presley’s favorite songs.

Mr. Frazier’s big break, though, came five years earlier with “Alley Oop,” a novelty song that reached No. 1 on the pop chart (No. 3 on the R&B chart) for the Hollywood Argyles in 1960. Inspired by the V.T. Hamlin comic strip of the same name, the song has been recorded several times since, including versions by the Beach Boys and the satirical British art-rockers the Bonzo Dog Doo-Dah Band.

David Bowie also interpolated the line “Look at those cave men go” from “Alley Oop” in his 1973 single “Life on Mars?”

“I had country roots, but I had this other thing going on with me,” Mr. Frazier said, alluding to his omnivorous musical appetite in a 2008 interview with the online magazine Perfect Sound Forever. “I wasn’t stuck in this one field of music. I had other things going on inside my soul.”

Mr. Frazier’s bread and butter, nevertheless, was country music, where his songs plumbed an array of subjects and emotions, like humor, heartache and his hardscrabble childhood during the Great Depression.

Mr. Frazier wrote “There Goes My Everything” for the Grand Ole Opry star Jack Greene, “Beneath Still Waters” for Emmylou Harris and “Elvira,” with its atavistic “oom poppa, oom poppa” chorus, for the Oak Ridge Boys. All three were career-defining records, and each topped the country chart. (“There Goes My Everything” also reached the pop Top 20 for the British crooner Engelbert Humperdinck in 1967.)

Connie Smith, a 2012 inductee into the Country Music Hall of Fame, has recorded more than five dozen songs written by Mr. Frazier.

Dallas June Frazier was born on Oct. 27, 1939, in Spiro, Okla. His parents, William Floyd Frazier and Eva Marie Laughlin Frazier, were itinerant laborers who moved the family to Bakersfield, Calif., to work in the cotton fields there. Young Dallas was just 2½ at the time.

So goes the second half of the last stanza of “California Cottonfields,” an autobiographical original, written by Mr. Frazier and Earl Montgomery, that became a signature song for Merle Haggard, whose childhood privation rivaled Mr. Frazier’s.

“We were part of ‘The Grapes of Wrath,’” Mr. Frazier said in 2008, referring to John Steinbeck’s epic novel of the Oklahoma Dust Bowl. “We were the Okies who went out to California with mattresses tied to the tops of their Model A Fords. My folks were poor.”

The Fraziers lived in tents and boxcars in the California labor camps, suffering not only the indignity of poverty but also the prejudice of native westerners. Dallas began picking cotton at the age of 6.

His father exposed him to country music, playing the latest hits by Hank Williams and Lefty Frizzell on the jukebox of their local diner. Dallas Frazier commemorated the experience in “Hank and Lefty Raised My Country Soul,” a song that became a Top 40 country hit for his fellow Oklahoman Stoney Edwards in 1973.

Mr. Frazier began writing songs and singing as an adolescent, earning an invitation at 12 to tour with the country star Ferlin Husky after winning a West Coast talent contest. At 14, he signed a contract as a recording artist with Mr. Husky’s label, Capitol Records. During the mid-to-late ’50s, he also appeared regularly on Cliffie Stone’s “Hometown Jamboree,” a popular country music television show broadcast from Los Angeles.

In 1963, after his singing career began to founder, Mr. Frazier moved to Nashville with his wife, Sharon, to work for country song publishers. He continued to make the occasional record, steeped in New Orleans-style R&B, before eventually giving himself over to songwriting full time.

In 1976, shortly after his induction into the Nashville Songwriters Hall of Fame, Mr. Frazier suddenly retired from music to become the pastor of a church outside Nashville. He returned to writing and performing three decades later, emerging as an elder statesman of the music he helped shape.

Besides Ms. Morris, Mr. Frazier is survived by his wife of 63 years, Sharon Carpani Frazier; their two other daughters, Robin Proetta and Alison Thompson; four grandchildren; one great-grandson; and a sister, Judy Shults.

Despite his success as a songwriter in country music, Mr. Frazier said that at times he felt hampered by Nashville’s unwritten rules, especially when it came to embracing more wide-ranging musical influences like rock and R&B.

“Nobody ever said, ‘Dallas, you can’t do this,’” he told Perfect Sound Forever, “but it was common knowledge that you did certain things. I should have had more product in the rock ’n’ roll field, definitely. Had I been living in L.A. or New York, I would have, but less country, you see.”