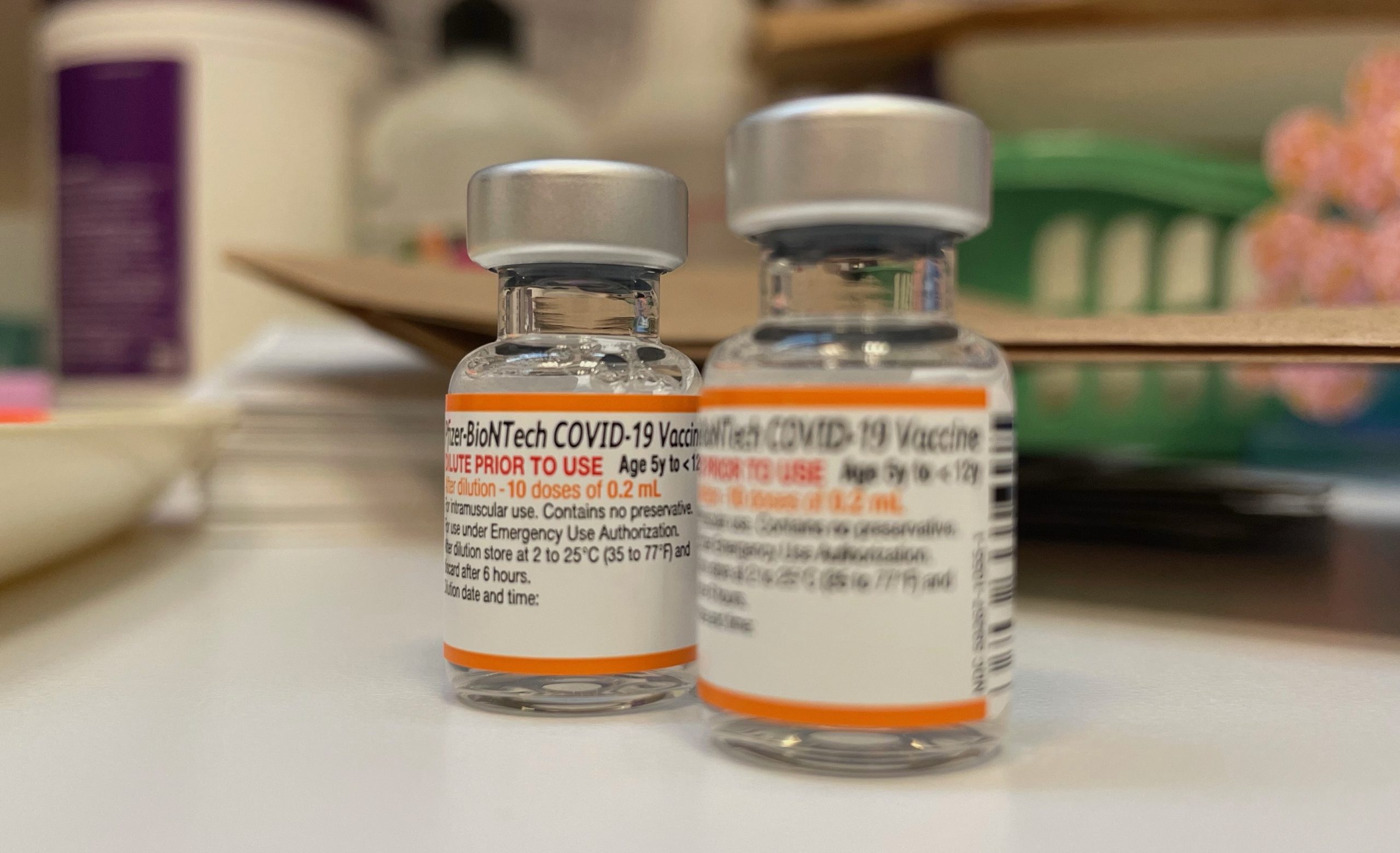 The COVID-19 pandemic has sparked many controversies, but one of the hottest has been the debate over vaccines. Public health campaigns have enthusiastically encouraged citizens to be inoculated against COVID, but some are still reluctant. They express concerns about the speed with which vaccines were developed and deployed, and about possible side effects. Some worry that natural immunity from the illness may be superior to vaccine-induced immunity. Proponents argue that the vaccines have been rigorously tested and proven to reduce the risk of contracting and spreading the disease. The rhetoric surrounding this issue sometimes verges on the absurd. Some claim that vaccines will alter recipients’ DNA, while healthcare professionals have even accused unvaccinated patients of trying to kill them. To make sense of vaccine resistance, we need to revisit its history.

Early Vaccines and Their Critics

The word vaccine comes from the Latin vacca, meaning cow, because the first scientifically proven vaccine relied on cross immunity between cowpox, a disease of milkmaids, and smallpox—for millennia one of the scourges of mankind. About one-third of people who contracted smallpox died, and many survivors suffered disfiguring scars. Englishman Edward Jenner (1749-1823), the father of immunology, did not discover vaccination, but he did prove that infecting patients with cowpox could protect them from smallpox. Jenner reported his work to the Royal Society, and soon vaccination was being employed throughout Europe and around the world. Napoleon called Jenner “one of the greatest benefactors of mankind.”

Sixty years before Jenner’s work, Benjamin Franklin elected not to have his son Francis undergo variolation, a riskier procedure meant to protect against smallpox. In this procedure, scabs or pus from a patient with smallpox would be rubbed onto the scratched skin of a patient, in hopes that it would produce a mild, local form of smallpox. Franklin regretted his decision not to inoculate for the rest of his life, as Francis died in 1736 at the age of 4 years. In 1764, the young John Adams elected to be variolated, resulting in three weeks of headaches, fever, and joint pain. A decade after that, his wife Abigail and their four children did the same. George Washington was reluctant to engage British forces because he feared a smallpox pandemic. He delayed until 1777, when he could have his troops variolated.

Eventually, both variolation and vaccination were replaced by an even safer and more effective 20th-century form of smallpox immunization using a highly portable freeze-dried vaccine that could not cause smallpox. The World Health Organization adopted this form for its 1967 global smallpox eradication program. Thanks to this program, the last endemic case of smallpox anywhere in the world occurred in 1977. The last known case occurred in 1978, when a medical photographer was exposed to the smallpox virus stored in a British laboratory. Just a year later a global commission concluded that smallpox had been eradicated. Today the virus is thought to exist only in a few highly secure laboratories around the world.

Opposition to vaccines is as old as vaccination itself. In the land of Jenner, several organizations were formed to battle compulsory vaccination, and these coalesced in 1896 into the National Anti-Vaccination League. Anti-vaxxers argued that the Vaccination Act of 1853, which required smallpox immunization, did more harm than good. Some clergymen argued that the practice was unchristian, because it involved infecting humans with animal matter. Many argued that compulsory vaccination was a violation of personal liberty. A commission that studied the problem concluded that vaccination was safe and effective, but facing mounting public pressure, introduced a “conscientious objector clause” and removed penalties for failure to vaccinate. Perhaps the most extreme case of resistance was the 1904 vaccine revolt in Rio de Janeiro, prompted by a city-wide vaccine mandate backed by police enforcement, which resulted in more than 100 casualties, including 30 deaths.

Outbreaks of smallpox around the turn of the 20th century in the US prompted many states and localities to adopt vaccine mandates. One such mandate in the state of Massachusetts was challenged all the way to the US Supreme Court, which found in Jacobson v. Massachusetts that the states have the authority to enforce compulsory vaccination. Judge John M. Harlan wrote the majority 7-2 opinion, finding that “In every well-ordered society charged with the duty of conserving the safety of its members, the rights of the individual in respect to liberty may at times, under the pressure of great dangers, be subjected to such restraint, to be enforced by reasonable regulations, as the safety of the general public may demand.”

Public acceptance of vaccines was advanced in part by accolades for the luminary physicians and scientists who developed them. Louis Pasteur (1822-1895), in his day perhaps the most famous scientist in the world, first developed vaccines against chicken cholera and anthrax in sheep, before turning his attention to rabies, a uniformly fatal condition that developed after animal bites. In 1885, Pasteur vaccinated a nine-year-old boy who had been bitten by a rabid dog. The boy survived, and Pasteur was immediately hailed around the world. In the US, the names of Jonas Salk and Alfred Sabin were etched into the popular consciousness by virtue of their development of effective vaccines against polio. Millions of Americans contributed to this effort through the March of Dimes fundraising campaign.

Since that time, public acceptance of vaccines has been dealt serious blows. In 1976, soldiers at Fort Dix in New Jersey fell ill with a new strain of influenza. Afraid that this “swine flu” might escalate into a worldwide pandemic, the Center for Disease Control pressured the Ford administration to launch the National Swine Flu Immunization Program, intended to inoculate the entire population of the United States. Vaccine manufacturers demanded liability protections against adverse reactions, and their demands were met. In less than three months, more than 40 million Americans, including President Gerald Ford, were immunized. Unfortunately, a small number of people developed severe reactions, such as Guillain-Barré syndrome. More importantly, no national outbreak ever emerged, and vaccination rates rapidly plummeted.

Another setback for vaccines occurred when a British physician published a report in The Lancet linking the measles, mumps, and rubella (MMR) vaccine with the development of autism. The physician reported that he had isolated the vaccine’s strain of measles virus RNA from autistic children, and his claims spread widely through media reports and social media. Eventually, the article was formally retracted, and the physician’s license to practice revoked. Nevertheless, the rumors continued to spread, and this remains one of the most dramatic examples of the toll taken by public health misinformation. Just three years ago, both New York City and Washington state declared states of emergency, due to measles outbreaks associated with parental vaccine refusals.

It is estimated that somewhere between 2 million and 3 million deaths are prevented each year by routine vaccination. Many millions of additional lives could be saved annually if all vaccination recommendations were followed. This is especially true in the COVID era. Even beyond deaths, infections have other costs: associated suffering, days of lost school and work, and preventable healthcare costs. When we think not just of the health of individuals, but also of populations, the rationale for vaccine campaigns and mandates becomes clearer – as the percentage of a population that is vaccinated increases, a state approximating herd immunity may be reached. Disease transmission then becomes much less likely, because so few susceptible hosts are available to infect.
There are at least two ways to promote increased rates of COVID vaccination, which in the US currently stands at about 63%. One is compulsory vaccination. Individuals are not being jailed or fined for failure to be vaccinated, but states have sometimes made childhood vaccinations a condition of school attendance, and employers, especially in healthcare, have made it a condition of employment. Many individuals resist such requirements out of a concern for personal liberty, insisting that they have the right to make medical decisions for themselves and their families. As a sign of respect for this right, many schools and employers provide exemptions for individuals who decline vaccinations, based on personal beliefs. Still, some courts have found that vaccine refusal is a form of parental neglect.

Public health education campaigns are another way to promote increased compliance with vaccine recommendations. There is little doubt that bad actors have spread disinformation about vaccination on social media. Some are attempting to profit from the sale of alternative products and services. Others may wish to increase polarization in American public discourse. In responding to vaccine hesitancy, health professionals and scientists need to disseminate the best information available, engage skeptics in respectful dialogue, and avoid stigmatizing and insulting people who see the matter differently. Some states have even experimented with rewards for those who choose to get vaccinated, including lotteries and cash awards.

Too often, vaccine proponents have lapsed into whatever language they think will move people to get vaccinated. This smacks of manipulation. All public health education should aim to give members of the public the information they need to make an informed decision. This means presenting what we know in a clear and consistent manner, and scrupulously avoiding the temptations to claim that we know more than we do or to mislead people concerning our levels of certainty. If we change the message as needed to achieve a predetermined outcome, we show a lack of respect for our fellow citizens and neighbors, doubting their ability to choose well for themselves. Of course, it is also likely that some will choose poorly, and this may be a price that some are willing to pay for freedom.

To counteract vaccine hesitancy, we must strike a delicate balance. As a hospital physician, I see firsthand the vastly increased risk of severe COVID illness, ICU admission, and death among the unvaccinated. If vaccination rates were much higher, the burden of suffering would be substantially reduced. Yet we must resist the temptation to heap scorn on those who, for whatever reason, opt not to be vaccinated. The mission of health professionals is not to blame those in need, but to do what we can to care for them. Citizens and neighbors might do the same. Rightly or wrongly, some people harbor sincere concerns about changing scientific advice, the protection of civil liberties, and the real motives of those imposing one-size-fits-all solutions.

Health is surely important, and everyone wants to avoid unnecessary deaths. Yet health is only one of the goods in human life, and some reasonable people might be willing to risk their health to preserve and protect other important goods. Public health crises come and go, and defenders of freedom are right to worry that safety-motivated initiatives that appear irresistible in the short term may produce serious long-term losses. In the words of Benjamin Franklin, “Those who would give up essential liberty to purchase a little temporary safety deserve neither liberty nor safety.” Preventing death makes for a good case, but alone it is not a knock-down argument, and it is wise to avoid condemning those who stand up for other convictions.

Life insurance protects families if something should happen to the main breadwinner. Although discussing the possibility of losing a family member seems grim, it’s an important part of a family’s…

Life Insurance for Federal Employees: Pros and Cons of FEGLI

Affordable Life Insurance Covers – Knowing What to Go For