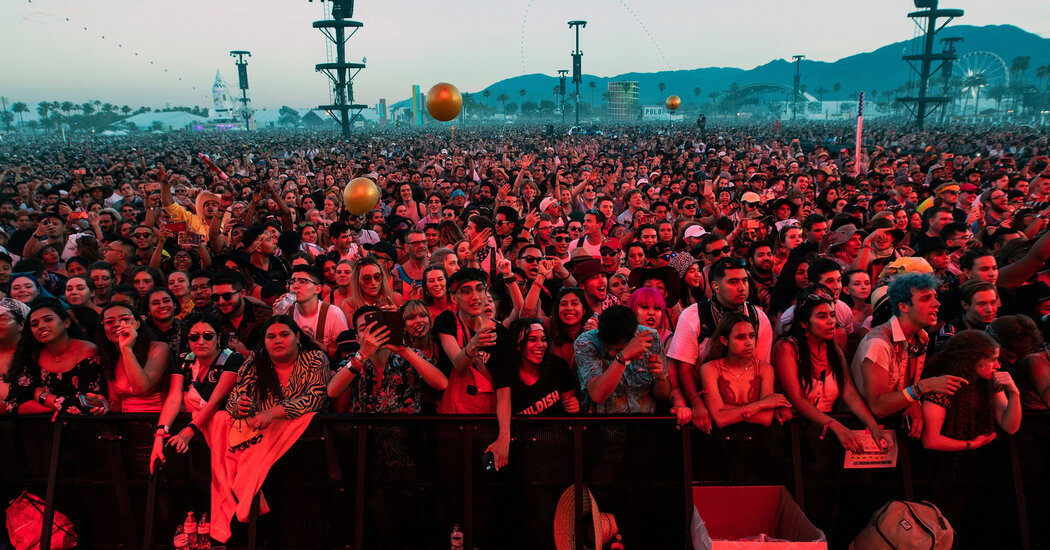 Berkeley Reinhold, a lawyer who represents artists and major concert promoters, said that insurance covering artists who can’t perform because of Covid-19 was “not commercially viable” for most acts, and that the pandemic has added new layers of negotiation over how costs and risks are divided between artists and the promoters that book them.

Coachella, which draws up to 125,000 attendees a day, announced in February that it would not require attendees to wear masks, take tests or be vaccinated. That has quietly become the norm, even after a number of festivals last year, like Lollapalooza in Chicago, pointed to policies requiring proof of vaccination, or of a negative test, as a key part of their safety regulations. Representatives of Goldenvoice, which presents Coachella in conjunction with AEG, a major promoter and venue owner, declined to comment.

Even among musicians, the pressure to stay on the road, no matter what, can be intense. Arthur Rizk, the guitarist of the metal band Eternal Champion, said that an unwritten “don’t ask, don’t tell” rule has developed among musicians on tour, pressuring them not to take coronavirus tests unless they feel sick.

Rizk said he rejected that view, and added that Eternal Champion has been scrupulously safe, with members wearing masks even during their rehearsals. Pressure over testing, he said, was just one more stressful factor in the world of touring in 2022, when, after two years of postponements, nothing feels certain.

“We’ve been offered some of the biggest gigs of our lives later on this year, and I can’t get excited about it,” Rizk said. “I don’t know if anything’s real at all. We’ve had shows postponed for almost three years now.”