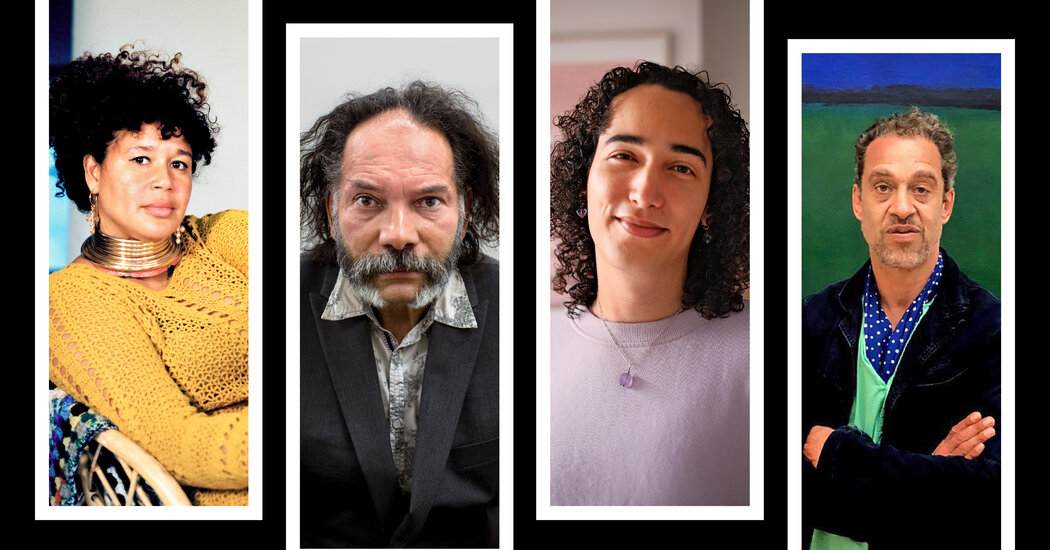 The exhibition displays works by collectives such as the BLK Art Group of the 1980s. How important is working collectively to you?

PATTERSON A sense of collectivity or communality has been really important even since I was doing my undergraduate degree. I think my own generation is, on a certain level, disenchanted with always trying to appeal to establishment or institutions. I feel like a lot of work being collectively or communally made in my own generation has been about speaking to each other, listening to each other and establishing our own senses of taste and value, rather than always being in conversation with this power system which doesn’t actually care about us. For me, it’s a position of radical disinterest in that kind of system.

It’s also about articulating presence. The work I’ve been doing most recently is with other queer and trans performance practitioners in Barbados to make sure their experiences are written down, that their practices are documented, looked after and taken care of for the next generation of our community, which has been maligned, not listened to, not seen, not looked after by whatever power, whether it’s the European art establishment or whether it’s the Caribbean state.

Where do you see Caribbean-British art going?

OVÉ More important, also, how has it informed British culture? How has Caribbean art practice over the years informed who we are in Britain? How has it changed the sphere of British writing, British dialogue in the street, the fashion we wear, the music we listen to? What I’m more interested in is how that becomes a source of influence, how each generation might take that influence and continue to spice up what they’re doing with the notion of that identity.

WHITTLE We are literally at the frontline of climate change. My work has been looking at the relationship between climate catastrophe, climate change and climate colonialism. It’s a really huge concern. However we want to consider the Caribbean, it is incredibly precarious. Solutions, even if they’re temporary, or strategies really need to focus on Indigenous communities, need to focus on these small island nations, to actually try and find ways to somehow slow things down. Otherwise, we really risk even greater devastation than what we’re already encountering right now.