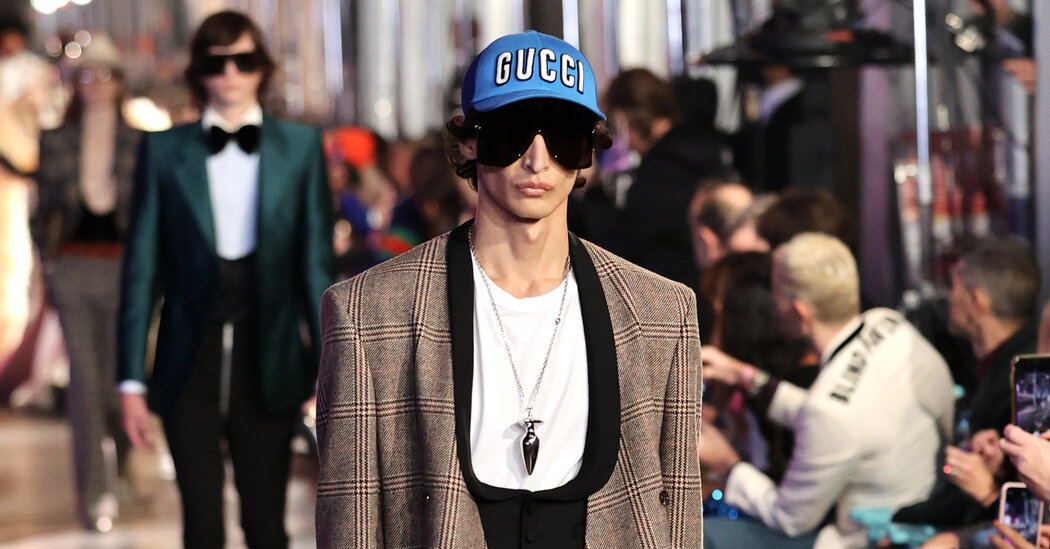 The blurring of work-life boundaries has accelerated the breaking down of gendered sartorial norms. As a cyclist, I donned leggings for practicality and then discovered how easy they are to wear. I still have trousers for the office, but on days I’m working from home, I opt for leggings. In the beginning I carried my bike helmet so I could “get a pass” for wearing leggings as a man, but eventually I stopped bothering. Has the same sport-to-everyday transition that has happened for women begun to happen for men? — Matthew, Bangalore, India, and Sheffield, England

There is an actual name for the particular clothing item you are talking about: meggings! It’s a neologism that would suggest that if male leggings are not yet a thing, they will be. After all, if something is present enough in our lives to merit its own term, it probably has reached, or is about to reach, critical mass.

Maybe it’s about time. Men first adopted tights, or tights-like garments, back in the 15th century, long before women. Henry VIII of England was oft-depicted in his stockings, as was Louis XVI of France. It wasn’t until the 1800s that they fell out of favor, replaced by tailored trousers. But they have been working their way back for a while now as part of a guy’s athletic wardrobe, be it for bike riders like yourself, yogis, runners or basketball players.

The general rule, said Warren Alfie Baker, the stylist who helped make Andrew Garfield a red carpet star during the last awards season, and who said he grew up wearing leggings for sport, is that “it’s always better to wear shorts on top as a layering piece, with a T-shirt or tank.” Presumably for modesty’s sake.

But as more and more companies spring up to cater to the meggings market — Guy Trebay, our men’s fashion critic, cited companies that add “inbuilt cups to men’s tights that give you the smoothed-out contours of a Ken doll” — the shorts may become increasingly irrelevant. (See, for example, Matador and Kapow, which also offers recycled leggings.)

Indeed, last November, Alessandro Michele of Gucci, a designer who has led the way with gender fluid dressing, showed meggings with formal jackets in his “Love Parade” collection — though Wall Street, Washington and the more conservative professions are probably not ready for them yet.

For those who want to experiment further, Mr. Trebay suggests there might be a potential role model in “the influencer Nick Wooster (@nickwooster), who often wears some version of leggings under a skirt. This combo has the dual advantages of providing ease and comfort (ask all the world’s men who routinely dress in sarongs, dhotis, lunghis, boubous, dishdashas or similar flowing garments) and upending so-called gender norms.”

That way you can have your super-skinny stretch comfort pants and cover up a bit, too.