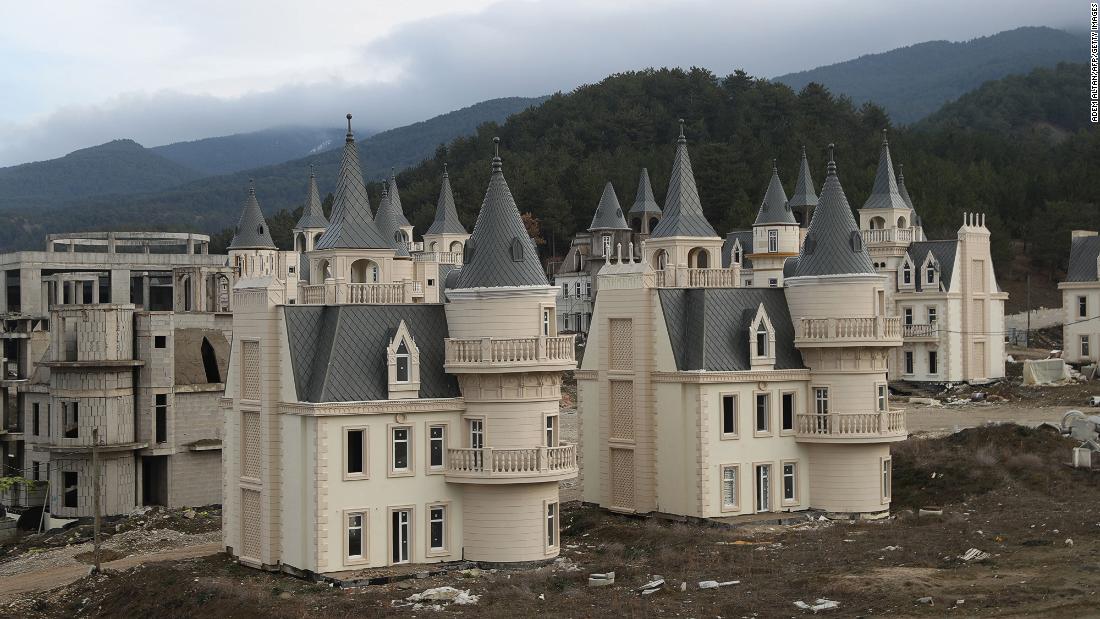 No, this isn’t the beginning to the latest Disney movie — it’s more eerie than that: all of these Gothic-style buildings lie empty, forming an ethereal, abandoned ghost town.

Burj Al Babas is a $200 million housing development, located near Mudurnu, in northwestern Turkey, roughly midway between Istanbul and Ankara.

When the developers, Sarot Property Group, fell into recession-fueled financial difficulty in 2018, the hundreds of castle-style villas were abandoned, mid-construction, the AFP news agency reported.

Burj Al Babas initially began development in 2014, with chateaus reportedly selling for $400,000-$500,000. The idea was that the properties would be snapped up by wealthy Gulf investors.

Some were sold, but many investors have since pulled out.

“Some of the sales had to be canceled,” Sarot’s deputy chairman, Mezher Yerdelen, told AFP.

The developers stipulated that no modification would be allowed to building exteriors — which explains the identical nature of each property.

There were also plans to build a shopping center, Turkish baths, cinemas and sporting facilities.