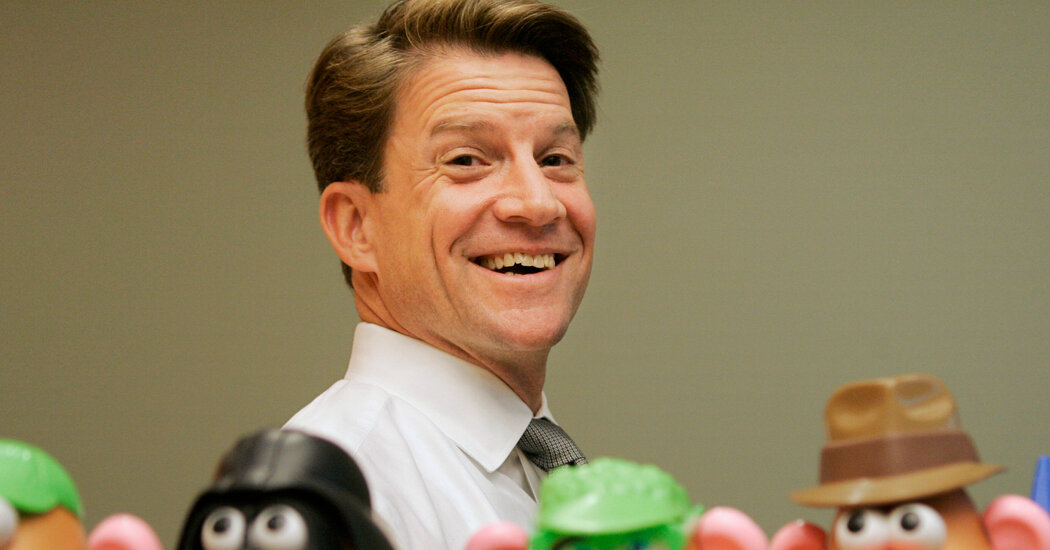 For much of his time at the company, which is based in Pawtucket, R.I., Mr. Goldner espoused a brand blueprint that reimagined Hasbro as a play and entertainment company.

But, Mr. Stoddart added, Mr. Goldner encountered some skepticism with his plans.

“Some people said, ‘Yeah, yeah, it sounds nice,’” he said, but Mr. Goldner had to keep pushing to bring his vision to reality. “He didn’t waver because he believed to his toes that it was the right strategy.”

Mr. Goldner further pushed his effort to tell stories using Hasbro brands in 2019 with the $3.8 billion acquisition of Entertainment One, a Canadian production studio that is also known by the shorthand name eOne, which was already producing the popular children’s series “Peppa Pig” and “PJ Masks.”

eOne gives Hasbro the ability to produce its own programming, rather than make it only in partnership with Hollywood studios, which the company has done with its Transformers and G.I. Joe movies, and with its “Battleship” (2012) movie, part of an ultimately failed deal with Universal Pictures that was to have included films based on the games Monopoly and Candy Land.

“What we’ve found is that as all of the big studios have streaming services, they are increasingly holding on to their own I.P.,” Mr. Goldner told CNBC this year, referring to intellectual property. “Therefore, it gives us the opportunity as an independent to go out and present world-class, powerful brand I.P. to these streaming services like Netflix, Apple, Amazon, and several others who used to have access to other people’s content and are now looking for great brands.”