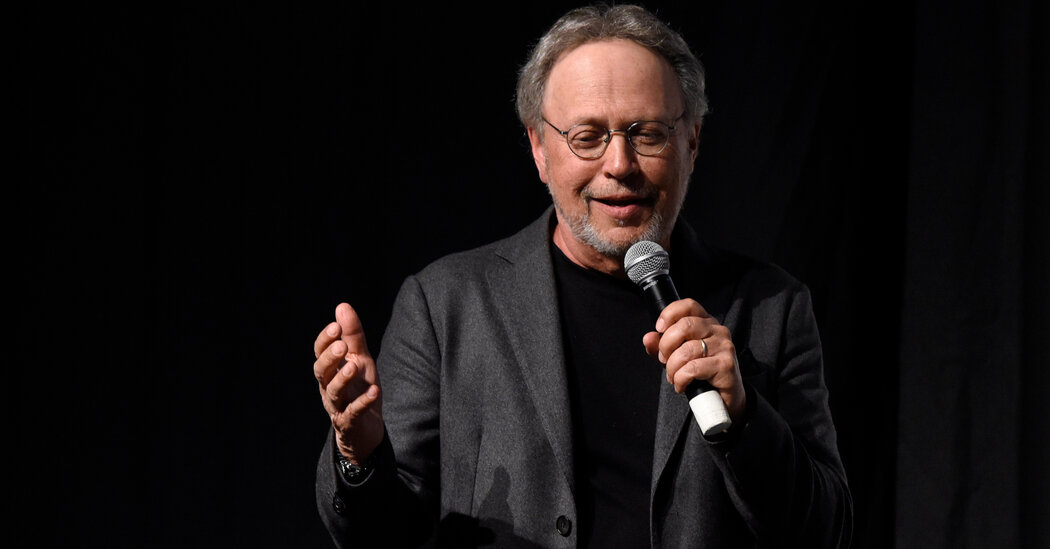 Billy Crystal plans to return to Broadway in the spring as the star of a new musical, “Mr. Saturday Night,” adapted from his 1992 film.

The project has been in development for years — he said Mel Brooks first suggested in 2005 that he think about adapting the film for the stage — and last month Crystal led a nine-performance presentation of the show at Barrington Stage Company, in the Berkshires region of Western Massachusetts.

“Mr. Saturday Night” is a comedy about the rise and fall of a stand-up comedian named Buddy Young Jr. Crystal not only starred in the film but he also directed, produced and co-authored it. He is writing the musical’s book with Lowell Ganz and Babaloo Mandel, who also collaborated with him on the film’s screenplay. The stage adaptation features music by Jason Robert Brown (a Tony winner for “The Bridges of Madison County” and “Parade”) and lyrics by Amanda Green (“Hands on a Hardbody”). The director is John Rando (a Tony winner for “Urinetown”), and the choreographer is Ellenore Scott (who is also choreographing next spring’s revival of “Funny Girl”).

Joining Crystal in the eight-person cast will be David Paymer, playing Young’s brother, Stan. Paymer played the same role in the film, and was nominated for an Academy Award. Randy Graff (a Tony winner for “City of Angels”) will play Young’s wife, and Chasten Harmon (“The Good Fight”) will play his agent.

In an interview, Crystal said he has found himself repeatedly drawn to the character for decades — he said he first performed as Young on an HBO special in 1984, and then brought him to “Saturday Night Live” and then did him on another HBO special before creating the film. “I love that guy,” he said. “And there was more to say with this character; there was more to do.”

Crystal said he performed in college musicals and sang as an Oscars host, but that he has been working with a vocal coach to prepare for the musical. “I’m going to be the best I can be,” he said. And will he dance? “I’m going to move,” he said.

Crystal has done one previous Broadway show, “700 Sundays,” an autobiographical one-man play which he performed for eight months, from 2004 to 2005, and which he then brought back for two months from 2013 to 2014. The original production was given a 2005 Tony Award as best special theatrical event.

He said he is ready to return.

“I’ve always tried to challenge myself and keep growing, keep stretching,” he said.

“Mr. Saturday Night” is scheduled to begin previews March 1 and to open March 31 at the Nederlander Theater. The producers are James L. Nederlander and Nederlander Presentations, Inc.; the show is being capitalized for $11 million, according to a filing with the Securities and Exchange Commission.

The show will be staged seven performances a week (one fewer than the traditional Broadway eight) and Crystal said the run is open-ended.

This is the eighth new musical scheduled as part of this Broadway this season, as the industry seeks to rebuild after the lengthy pandemic shutdown. The others are “Girl From the North Country,” which opened just before the shutdown but is being counted as part of the current season, as well as “Six,” “Mrs. Doubtfire,” “Diana,” “Flying Over Sunset,” “MJ” and “Paradise Square.”

Crystal said “Mr. Saturday Night” had been delayed by the pandemic, but that he felt good about the new timing based on audience response in the Berkshires.

“I’ve spent so much of my life in front of an audience,” he said. “The great feeling to hear laughs, live, in a theater, even through masks, was intoxicating to all of us, and it gave us so much joy and so much hope.”