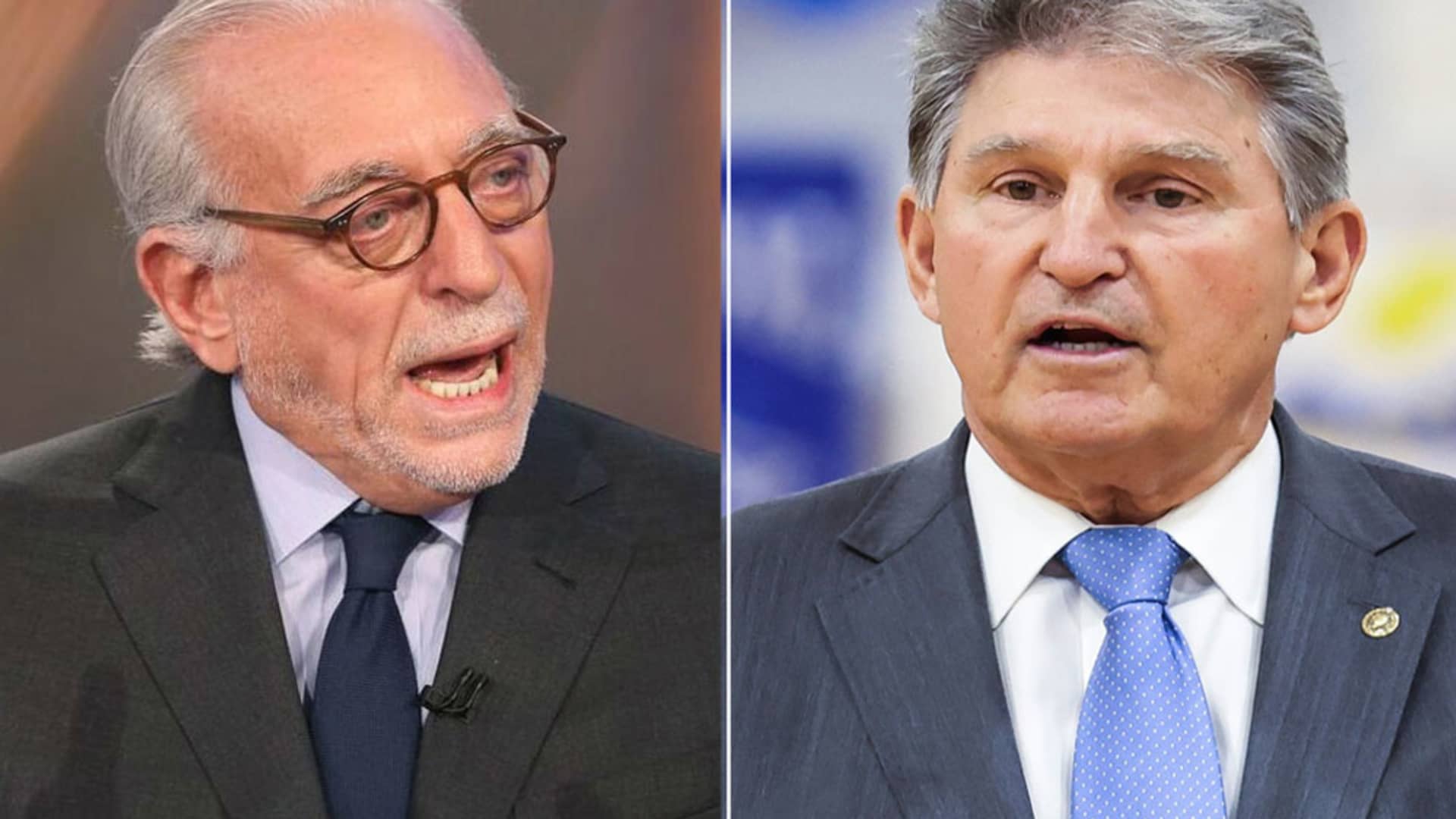 Peltz, who is a co-founder of investment fund Trian Partners, hosted Manchin along with at least 50 executives for a lunch aimed at raising funds for the West Virginia lawmaker’s reelection campaign, according to someone who attended the event. They declined to be named in order to discuss the private event.

A spokeswoman for Peltz confirmed that the longtime finance executive hosted the fundraiser and reaffirmed the billionaire’s support for Manchin. Emails to Manchin’s campaign office and a call to his Capitol Hill office weren’t immediately returned. Manchin has previously said he has no plans to switch parties.

“Mr. Peltz supports Mr. Manchin. He believes Mr. Manchin is a rare elected politician from both sides of the aisle who puts country before party, something which Mr. Peltz believes is much needed in our country today,” Anne Tarbell, Peltz’s spokeswoman, said in an email to CNBC. Peltz told CNBC last year that he speaks to Manchin every week and has been personal friends with him for a decade.

Blackstone CEO Steve Schwarzman, along with Home Depot co-founders Ken Langone and Bernard Marcus, who generally support Republicans, were among executives at the fundraiser, according to the person who attended the event. Longtime investor Leon Cooperman, who has contributed to those on both sides of the aisle, was also at the lunch. Representatives for Schwarzman, Langone, Marcus and Cooperman did not return requests seeking comment.

Over a lunch choice of chicken or fish, Manchin told the crowd of donors that he plans to run for reelection in 2024, according to the attendee. Manchin has previously said that he’ll make a decision about running for reelection after the 2022 midterm elections.

Peltz’s estate in Palm Beach, Fla. is reportedly worth at least $95 million. Virtual Globetrotting, a website that tracks mansions owned by billionaires across the country, shows that Peltz’s oceanfront mansion boasts an outdoor swimming pool, a tennis court and a basketball court. The venue has been a host to other high profile events, including a fundraiser for then President Donald Trump as well as his daughter Nicola’s wedding earlier this month to Brooklyn Beckham, the son of soccer superstar David Beckham and former pop star Victoria Beckham.

Manchin is up for reelection in 2024 but his stance against key elements of his party’s and Biden’s agenda has previously led to an infusion of campaign donations from a plethora of special interests, including those on Wall Street and Silicon Valley. With the Senate split 50-50, Democrats can’t pass much without Manchin’s support, which has become a key swing vote on critical issues to both parties.

Manchin opposed Biden’s $1.75 trillion social spending bill known as Build Back Better and has pushed back on the idea of raising corporate taxes from 21% to 28%. He has said he’s willing to allow corporate taxes to go up to a maximum of 25%. Manchin has also previously opposed his party’s proposal of a wealth tax. Manchin opposed Biden’s pick of Sarah Bloom Raskin for the Federal Reserve board. The climate change activist withdrew her name from consideration after CNBC reported Manchin’s opposition.

Federal Election Commission filings shows Home Depot co-founder Marcus contributed two separate $2,900 checks to Manchin’s campaign last month. Cooperman gave $5,000 to Manchin’s reelection campaign in February. Schwarzman and Langone are not listed as donors to Manchin on his latest filing. Langone previously donated to the West Virginia lawmaker’s reelection campaign and his political action committee late last year. Langone also lavished praise on Manchin during a previous interview with CNBC, and said he too will host a fundraising event for him. Manchin’s campaign raised over $1.3 million from January through the end of March, with just over $7 million on hand.

Although Manchin told the group he plans to run for reelection to the Senate as a Democrat, a small group of donors at the event privately said they hope he changes parties and runs for president as a Republican against Biden in 2024 instead, the attendee said.

This person noted that some attendees at the Peltz event, who once supported Trump, look at Manchin and his stances against some of his party’s policies as someone who could successfully run in a Republican primary and then possibly defeat Biden.