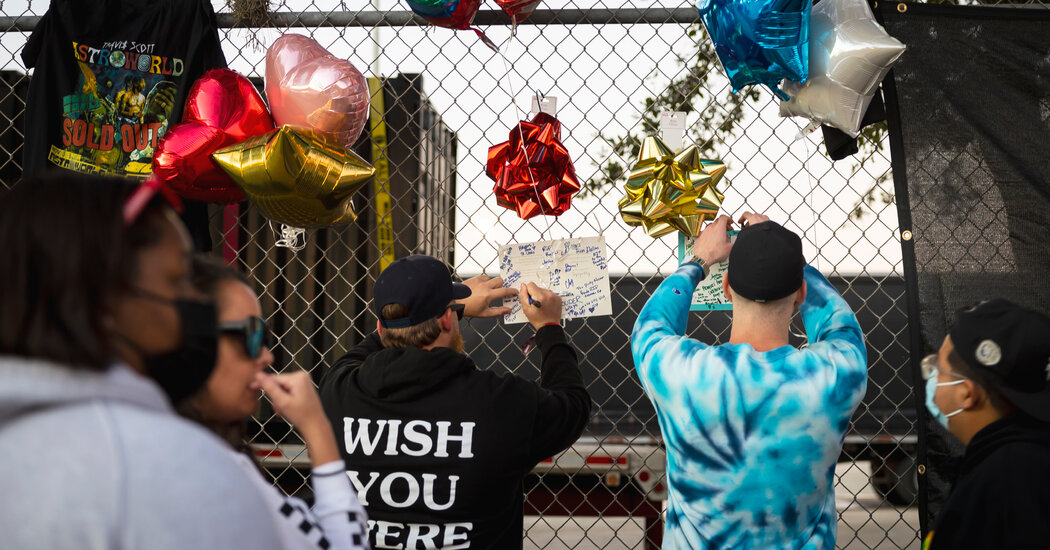 Mr. Acosta was a fan of Mr. Scott, but had never been to one of his concerts before, said Joel Acosta, 19, who recalled driving his brother to the airport in Bellingham last Wednesday. From there, Axel Acosta rented a car and drove about 90 miles south to Seattle before flying to Houston for the music festival, his brother said.

“He finally had the money to go,” Joel Acosta said. “He was excited to go.”

Axel Acosta was from Tieton, Wash., a community of fewer than 2,000 people in the Yakima Valley.

When Joel Acosta did not hear from his brother on Friday night, he said he figured that his brother was just having a fun time at the festival. “He said that reception was spotty and the internet was really bad,” Mr. Acosta said.

During the concert, Axel Acosta got separated from a person he had been rooming with at a local hotel, his brother said.

“The roommate had called me that he had not seen Axel come to sleep that night,” Joel Acosta said.

That’s when Mr. Acosta said that he began to worry that his brother might have been among the people who died. His fears were confirmed, he said, when the authorities released a photo of his brother on Saturday.

Joel Acosta said he stopped looking at TikTok and other social media posts from the concert.

“Now, I can’t look at the videos anymore,” he said.