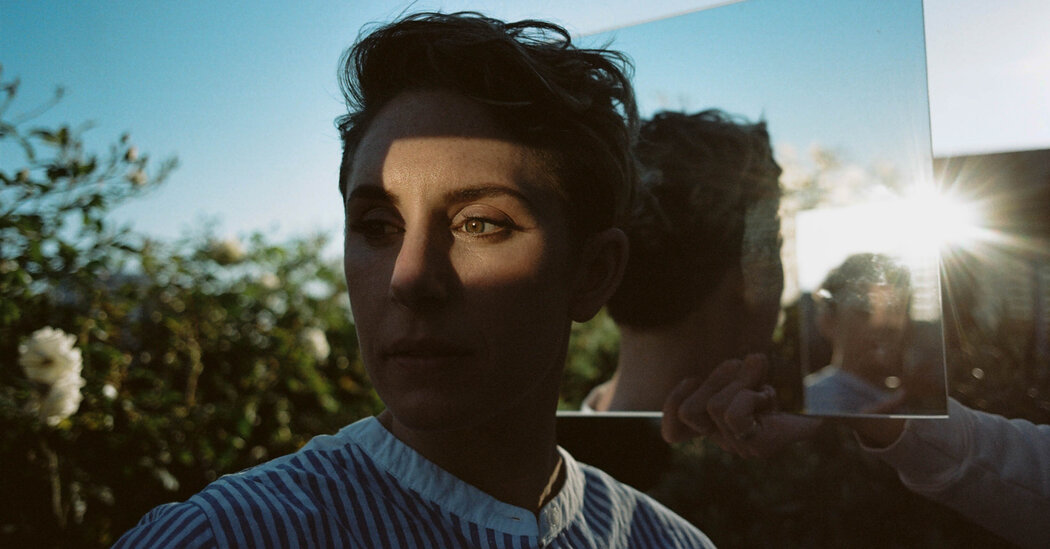 LOS ANGELES — Ari Wegner discovered filmmaking as an art form — and a possible career — late in high school. “The Power of the Dog” cinematographer, who may become the first woman to ever win an Academy Award in the category, grew up in an art-filled world in Melbourne, Australia, with a father who was a painter and visual artist and a mother who was “super creative.” Art and architecture filled their home. Movies, not so much. That changed when Wegner’s media teacher showed her some shorts from renowned filmmakers.

Suddenly, a new world opened up to her.

Which short resonated most? It was Jane Campion’s 1983 “Passionless Moments,” a compendium of everyday awkward and embarrassing moments that earned the filmmaker a nomination from the American Film Institute before she made her first feature.

“It was really impactful to me. It felt possible,” Wegner said in an interview last month. The 37-year-old filmmaker was in town for an extended stay, planning to bop back and forth between Los Angeles and London on the final month of her Oscar tour. “Maybe it was something about the Australian accents or it being made by a woman. I could see the elements that went into it and it felt like an exciting thing to try versus a ‘How do you even do that?’”

So Wegner, already a budding photographer obsessed with storytelling, turned her attention to the different kind of camera. Film school was followed by years on the independent scene. The 2016 “Lady Macbeth,” starring Florence Pugh, brought her to Sundance for the first time. She then shot “Zola” for Janicza Bravo.

But it was a moment of kismet in 2018 when her phone rang: it was Campion asking what she was doing for the next two years. The women had met years earlier on a commercial job for an Australian bank. It was only two days but, Wegner said they clicked, sharing both a similar aesthetic and an obsession with preparation.

Campion calls the two of them “swots,” the British term for a wonk, and an appropriate one for the pair who spent an entire year prepping for “The Power of the Dog.” (On average, a production will spend four to eight weeks in official preproduction with the cinematographer frequently coming aboard after the sets have been made and the locations have been chosen.) With the South Island of New Zealand doubling for 1920s Montana, Wegner spent months researching the rugged landscape of the state where the story of the bullying ranch owner Phil Burbank, his intimidated sister-in-law, Rose, and her dark horse of a son, Peter, takes place.

The 94th Academy Awards will be held on March 27 in Los Angeles.

The cinematographer learned about everything from vegetation and types of rocks there to the yearly cycle of cattle breeding and fence wire technology. She and Campion also spent months scouting for locations and then, just as preproduction was officially up and running, Campion rented the two of them a house near the ranch where they were shooting. They spent every morning “talking and drawing” with “a lot of cups of tea and toast” in what Wegner calls “a low-pressure environment of play.”

Every afternoon they would head to the sets as they were being built to see if their ideas could be translated into the physical world.

“There’s something really special that unlocks when you’ve got a year, because you really get to go through drafts of ideas,” Wegner said. “The idea is to be super prepared so that on the day you actually have complete freedom. All the anxiety of how we’re going to do it is gone. You can actually play and do whatever you want once there’s a backup plan.”

Wegner was both invigorated by the process and terrified. “You don’t want to be the DP” — director of photography — “of the only Jane Campion film that didn’t look any good,” she said with a laugh.

It was that attention to detail that Campion appreciated. “If we have a problem to figure out, we just keep going until we figure it,” the director said in an email. “Knowing your director of photography has that kind of commitment to the project is unbelievably reassuring.”

Wegner’s work on the subversive western has already generated wide recognition. The British Society of Cinematographers made her the first woman in the organization’s 73-year history to win its feature prize. She was also a BAFTA nominee, and won an award for best cinematography at the Critics Choice Awards on Sunday night. Should she win the Oscar, she will become the first woman in the academy’s 95-year history to land the prize. (The “Mudbound” director of photography, Rachel Morrison, was the first woman to be nominated in the category, in 2018.)

The Mashable critic Kristy Puchko, mistaking Wegner for a man, calls her work “searching,” adding, “His tightest close-ups grapple with their subjects, refusing to be shut out from the most secret emotions. His long shots linger, inviting us to take in the gorgeous but hostile environments that surround this fraught family, and illustrate how frail they are by contrast.”

For Wegner, who often receives emails forwarded by her agent asking about “his” availability, it’s all very personal. She said that she has cried into the camera’s eyepiece many times while shooting. On “The Power of the Dog” it was Kirsten Dunst’s performance that moved her, specifically when she chases after Phil (Benedict Cumberbatch) and Peter (Kodi Smit-McPhee) as they ride off together. “She’s in such a state of desperation,” said Wegner.

Wegner talked about the strange one-way intimacy that occurs between cinematographers and the actors they are filming. “You’re getting to know their face and their body in a way that is so private and intimate,” Wegner said, comparing it to how a parent knows a child or a lover knows a partner.

“I know when they turn their head this way, what the eyelash is going to look like,” she added. “I know when I tilt the camera down, I’m going to see that scar or that mole or that little bit of their ear that does that thing. You feel very connected, protective, maybe even maternal sometimes.”

Our Reviews of the 10 Best-Picture Oscar Nominees

“Don’t Look Up.” Two astronomers discover a comet headed straight for Earth. When they pass along the bad news, the president of the United States has other things on her mind to pay attention to than the impending catastrophe.

“Drive My Car.” A theater director grapples with the death of his wife, as he mounts a production of “Uncle Vanya.” A chauffeur assigned by the theater company ferries him to and from work while holding back vast emotional reserves of her own.

“Licorice Pizza.” In Paul Thomas Anderson’s coming-of-age romance, a child performer who has hit maximum adolescent awkwardness is aging out of his professional niche. His encounter with 20-something Alana, whom he instantly falls for, gets the story’s juices going.

“Nightmare Alley.” A grifter with empty pockets and a mysterious past joins the sleazoid world of 1930s back-road carnivals. He soon begins cycling through women, including a clairvoyant whose husband once had a successful mentalist act.

“The Power of the Dog.” Phil Burbank has been playing cowboy his entire adult life, raising cattle on his family’s Montana ranch for decades. When his brother George marries a widow with a teenage son, a lifelong family dynamic is disrupted.

“West Side Story.” Steven Spielberg’s remake of one of Broadway’s most celebrated musicals — a modern take on “Romeo and Juliet” — centers on the forbidden love between Tony and Maria, who are involved with two rival street gangs in Manhattan’s West Side in the 1950s.

The culmination of Wegner’s close relationship with Campion can be seen in Cumberbatch’s solo scene in a willow glade when he communes with the scarf of his revered mentor Bronco Henry, a memento he keeps hidden in his pants. The intention of the moment was to keep it unplanned, shooing away extra crew, turning the afternoon into a three-person effort led by Cumberbatch.

Wegner, according to Campion, gave Cumberbatch two physical areas for him to move around in, she would follow him and Campion would whisper various instructions. Wegner said they rolled the camera for hours, turning the trio into a “symbiotic, strange creature.”

“Ari seemed to fall into sync with Ben, being able to even anticipate his movements, and nature conspired to help by bringing down a cascade of willow leaves as Ben held up the silk handkerchief to the light,” said Campion. “I felt the extraordinary privilege of being there to see something unimaginable and deeply personal — the complete absorption of Ari’s camera in Ben.”

Morrison, for one, is impressed with the range of Wegner’s work, from the frenetic pace and saturated look of “Zola” to the languid, austere shots of “Power of the Dog.”

“I like that you wouldn’t necessarily look at any one image, one movie, and go ‘Oh, well that’s an Ari Wegner film,’” said the cinematographer, who recently met Wegner in person. Where will Wegner’s career go next? Morrison is excited to find out.

“I expect it’s going to be a good script,” said Morrison. “I think she seems to have a consistent propensity to tell interesting and unique stories, stories that she felt inspired by as opposed to ever turning it into a day job.”