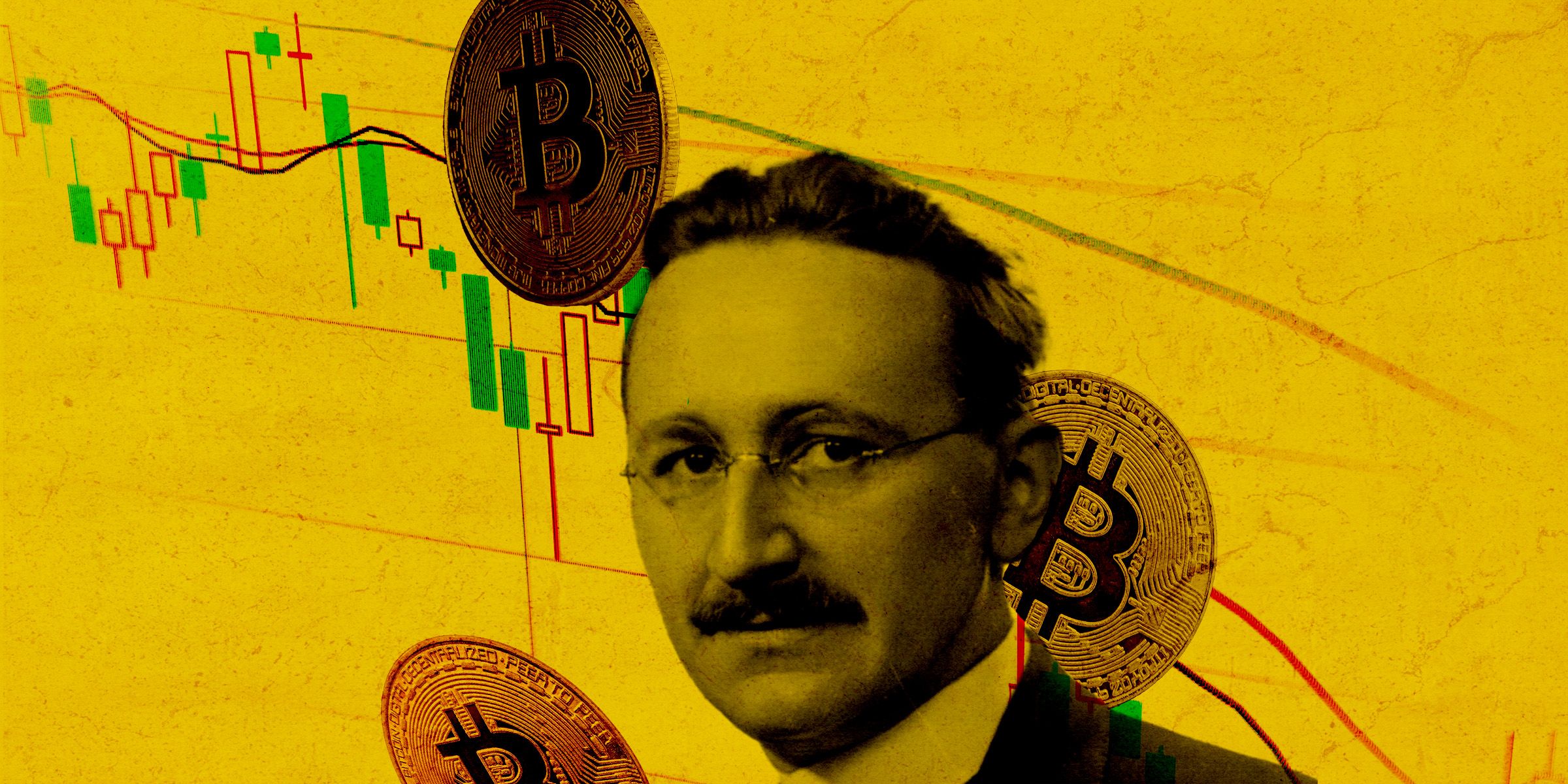 “Practically all governments of history have used their exclusive power to issue money in order to defraud and plunder the people,” wrote the great economist Friedrich Hayek. He meant that when governments want to run big deficits, they can take the people’s money through currency depreciation and inflation, without having to pass any tax legislation. For governments to do this, having a central bank is very handy.

To finance government deficits, central banks with a fiat currency monopoly create as much money as desired, whether by literal printing or metaphorical printing by accounting entries, thus, as it is called, monetizing government debt. Since the 1960s, this has led to endemic inflation and continuous depreciation of the currency, sometimes fairly slowly (what used to be called “creeping inflation”), and sometimes very rapidly—like now. This is in sharp contrast to honest or sound money, which would have a stable value on average over time.

In response, can the people escape the government’s currency monopoly with cryptocurrencies? Cryptocurrencies try to create competitive alternatives to depreciating central bank fiat money. Their development has set off an instructive dialectic between money as a government monopoly and possible private forms of money.

A fundamental text for the concept of domestic monetary competition is Hayek’s notable essay, “Choice in Currency: a Way to Stop Inflation.” Published in 1976, in the wake of the collapse of the Bretton-Woods monetary system and during the great 1970s inflation, Hayek’s discussion included these provocative thoughts:

What is so dangerous and ought to be done away with is not governments’ right to issue money but the exclusive right to do so and their power to force people to use it.…Why should we not let the people choose freely what money they want to use? … If governments and other issuers of money have to compete in inducing people to hold their money…they will have to create confidence in its long-term stability… I hope it will not be too long before complete freedom to deal in any money one likes will be regarded as the essential mark of a free country.

These ideas or similar ones are echoed by supporters of all the cryptocurrencies that have appeared since the introduction of Bitcoin in 2009, which have had their own truly remarkable bull market. However, are today’s cryptocurrencies true alternatives to government fiat currency of the sort Hayek envisioned?

In 1976, Hayek was not thinking of the cryptocurrencies that have appeared in the last decade. He was thinking about gold. He wondered whether there might still be a rebirth for gold as money, although the last vestiges of the gold standard had just disappeared with the death of Bretton-Woods. This is apparent from the following section of his essay:

Where I am not sure is whether in such a competition for reliability any government-issued currency would prevail, or whether the predominant preference would not be in favor of some such units as ounces of gold. It seems not unlikely that gold would ultimately re-assert its place as ‘the universal prize in all countries’…if people were given complete freedom to decide what to use as their standard.

One of the great marketing and public relations triumphs of recent years was Bitcoin’s success in convincing people, especially the media, to refer to it as a “coin,” and to publish articles about Bitcoin constantly accompanied by pictures of gold coins with a “B” in the form of a dollar sign stamped on them–just like the picture at the top of this essay. This was PR genius, a psychological reminder of the preference Hayek had expected. But obviously, a nonredeemable electronic entry in a computerized ledger bears no resemblance to an actual gold coin, with or without a ‘B’ stamped on it. The essential fact about Bitcoins is that there is no promise to redeem them with anything—in that sense, they are just like Federal Reserve dollars.

The price of Bitcoins has reached astronomical levels, accompanied in its flight by the idea of trying to escape from the Federal Reserve dollar (and all other central bank fiat currencies). In this way, buyers of Bitcoins and gold are similar. The well-known billionaire investor and speculator Stanley Druckenmiller was reported as explaining that “he finally realized what problem Bitcoin aims to solve—and that problem was called ‘central banks.’” Said Druckenmiller, without excess diplomacy:

The problem was Jay Powell and the world’s central bankers going nuts and making fiat money even more questionable than it already has been when I used to own gold.

Bitcoin, or any other cryptocurrency modeled on it, is equally a fiat currency. In these cryptocurrencies we see the radical attempt to create a private fiat currency. They are tied to no asset and no cash flow, and by definition, have no tie to government power. This is what makes them so intriguing.

In contrast, the U.S. national bank notes of the 19th and early 20th centuries were tied to U.S. Treasury bonds as collateral, and state bank notes to the general assets of the issuing bank. It seems dubious that with no tie at all to any assets or cash flow, you can get a private currency reliably useful for ordinary exchange and as store of value. (Even with the infamous tulip bubble, there was a real tulip bulb involved. Although you might have lost a lot of money, at least you could still grow a tulip.)

Nonetheless, the Bitcoin model has, without doubt, created a fascinating intangible object of speculation which displays extreme price volatility, with startling ascents and free-fall drops. It is often said, which seems right to me, that this volatility makes it unsuitable or unusable for ordinary, legal, everyday payments and exchange, since you have no idea from day to day what its value will be. Therefore, cryptocurrencies on the Bitcoin model create, as the Bank for International Settlements put it in 2021, “speculative assets rather than money.” While notably successful at becoming speculative assets, they thus fail to be a Hayekian competitor to central bank fiat money as money.

Trying to solve the problem of price volatility led to the development of a variety of stablecoins, which target a constant value in terms of the U.S. dollar (or other national currency), are backed by a “reserve” of dollar-denominated assets held by the issuer to support the value, and promise to various extents redemption in dollars. It is apparent, as many financial regulators have observed, that such a stablecoin looks very much indeed like a deposit in a bank, backed by the assets of the bank, and is equally dependent on the quality, riskiness, and liquidity of those assets for the ability to redeem it at par value.

But in terms of the grand objective of creating a Hayekian competitor to central bank fiat currency, there is a much more fundamental problem. A moment’s thought makes the deeper issue obvious: if the stablecoin gives itself stability and currency by linking itself to the U.S. dollar (or any other national currency), it has completely failed to escape the government’s central bank, and is instead entirely dependent on it.

If the Federal Reserve steadily depreciates the purchasing power of the dollar, the purchasing power of the stablecoin automatically goes down accordingly. If the dollar suffers rapid inflation, so will the stablecoin. If the dollar succumbs to hyper-inflation, so will the stablecoin. Thus, the stablecoin may represent a variation or perhaps an improvement on payments technology, but it does not, and cannot by design, represent a new currency. As long as it is linked to a national currency, it is part of the central bank fiat currency system, just as a bank deposit is, and fails to be a Hayekian competitive currency.

In a striking historical irony, the libertarian idea to free people from central bank monopoly money through cryptocurrencies has dialectically given rise to the idea of a central bank issuing its own cryptocurrency, with the more dignified name of “central bank digital currency.” If this should happen the central bank could become the bank for everyone, with the potential to be the monopolist of deposits, loans, and personal financial information, as well as the monopolist of money. This highly undesirable dialectical reversal would make the monetary system vastly more centralized and the central bank vastly more powerful than before. China, and more recently Canada, have shown us the direction that political control of your personal account can take. This would certainly be a non-Hayekian outcome!

Can there be a true alternative in Hayek’s sense to central bank fiat currencies, other than currency redeemable in gold? One of my friends has suggested a digital currency in which the unit is a real dollar—that is, a dollar adjusted for changes in the Consumer Price Index, so that the central bank cannot dilute its purchasing power (at least as captured by the CPI). It would resemble in this sense the Series I U.S. savings bond, which today pays its holders whatever the increase in the CPI turns out to be. But unlike the savings bond, the real dollar currency would need to be freely exchangeable, and available in large amounts. It would be an echo of the 1920s proposal of Irving Fisher, a famous economist in his day, to have a “compensated dollar,” which would automatically increase in value to offset inflation.

With today’s financial technology, would it be possible to create such a collateralized private currency, redeemable in inflation-adjusted dollars of steady purchasing power? Could an asset portfolio to back it be designed? Perhaps not, but it is an interesting thought experiment, in the spirit of Hayek, while we keep looking for a form of money to compete with the constantly depreciating, and now rapidly depreciating, Federal Reserve dollar and other central bank fiat currencies.