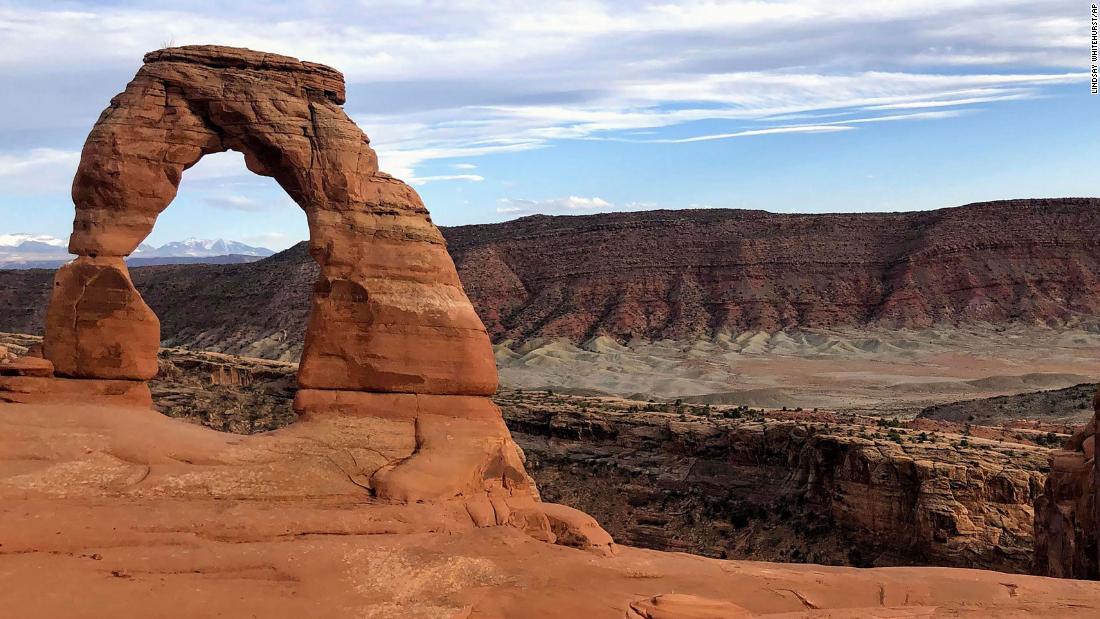 (CNN) — One of America’s most popular national parks — Arches National Park in Utah — is rolling out a timed entry system in a bid to prevent overtourism.

“By implementing a temporary, timed entry reservation system, our goal is to better spread visitation throughout the day to reduce traffic congestion and visitor crowding,” Patricia Trap, Arches National Park Superintendent, said in a statement on December 10.

Trap added that the program is still a pilot and may be changed or adjusted based on guest feedback.

“We will use data gathered from this pilot to adapt and improve this system throughout the season, as well as to inform our future responses going forward,” she said.

Before the coronavirus pandemic, Arches was already one of the United States’ most popular national parks. However, the onset of the pandemic and the upswing in domestic travel led to overcrowding in 2020 and 2021.

Angie Richman, chief of interpretation for Arches and Canyonlands National Parks, told CNN that 2021 was slated to be both parks’ busiest years on record.

Due to the rise in visitor numbers, Arches often had to close to travelers early in the day, turn guests away or encourage people to come back later once others had left.

By July of 2021, some officials at Arches and other popular national parks had begun considering the idea of timed entry, booked in advance, as a possible solution to the overcrowding.

According to a release from the National Park Service, Arches’ initial trial of the timed entry program will cover the dates April 3 to October 3, 2022.

Reservations will open three months in advance, in three blocks at a time. For example, visitors who hope to go to the park in April will need to reserve a slot beginning January 3. There will also be small numbers of last-minute tickets made available every day for the following day, since not everyone is able to plan their visit so far ahead.

Bookings will be available on Recreation.gov. Under the timed entry system, each registered visitor (an individual, couple, group or family is covered under a single booking) will be assigned a one-hour time slot between 6 a.m. and 5 p.m. local time. They will be able to enter the park anytime during that one-hour window.

The timed entry program will not apply to people who have camping permits, concessions contracts or other special arrangements.

Arches is not the only national park that has announced new regulations for 2022.

Zion National Park, which is also in Utah, has implemented a rule that its popular Angels Landing hike would require a permit beginning next year.
Business

Activist investors and a ‘greenwashing’ backlash: Change is coming to the corporate world