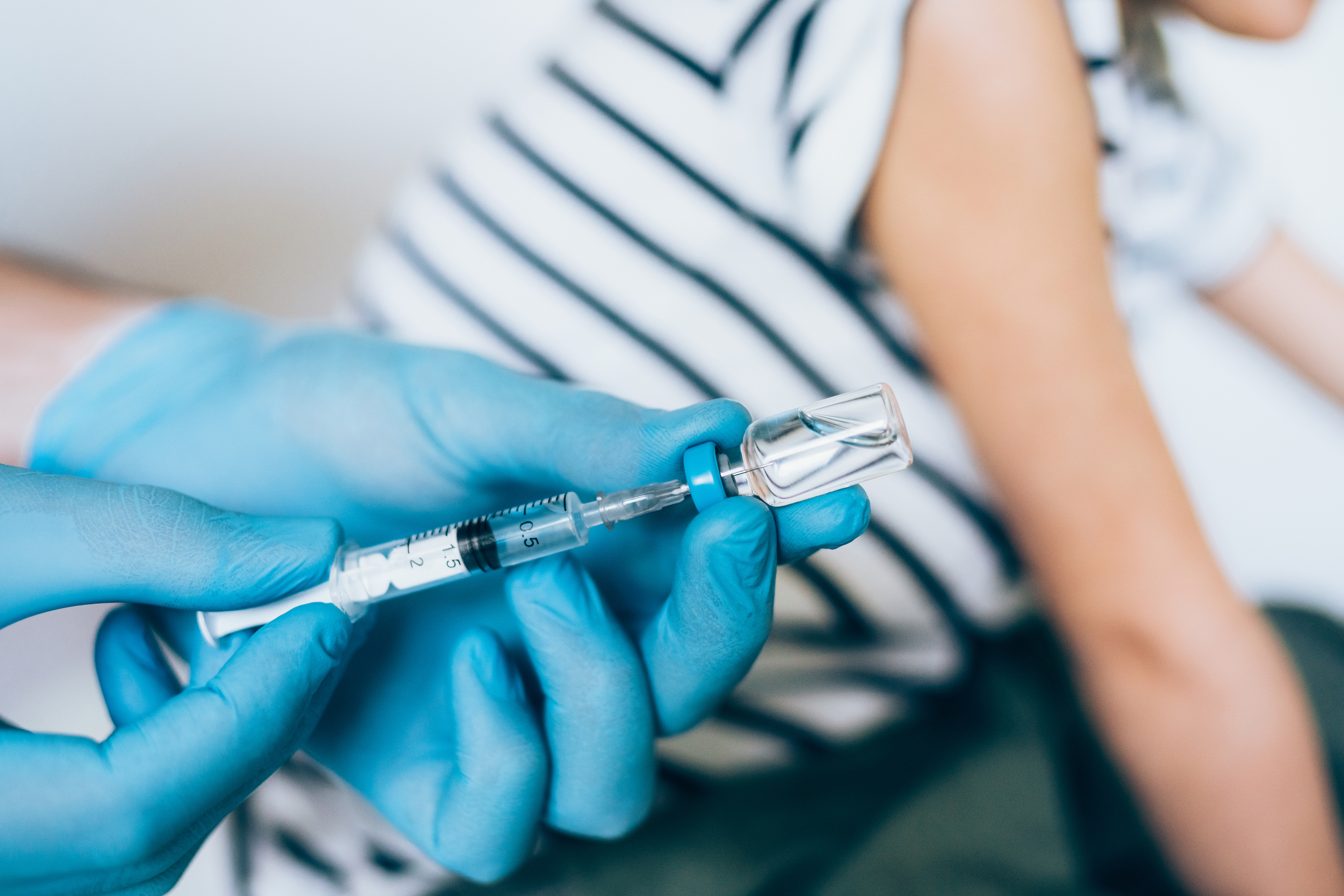 Not long ago, Kansas showed strong bipartisan support for vaccines as a tool to support a robust public health system.

But bills with language expanding religious exemptions for childhood vaccine requirements were passed by the state Senate in March and now face the House when the legislature reconvenes April 25.

They are among the more than 520 vaccine-related bills introduced in statehouses nationwide since Jan. 1, according to data from the National Conference of State Legislatures. Of those bills, 66 specifically relate to childhood vaccine requirements in 25 states.

In Missouri, for example, legislators are considering a measure exempting private school students from vaccine requirements. In Louisiana, a bill in the House would prohibit vaccinations on school property and at school-sponsored events.

Fewer than 10% of the bills will likely gain any traction, but the volume of attempts to roll back vaccine requirements is alarming, said Rekha Lakshmanan, director of advocacy and public policy at the Immunization Partnership, a vaccine education organization.

“Those are all chipping away at one of the end goals for anti-vaccine activists, which is completely doing away with school requirements,” said Lakshmanan. “That’s what people need to be paying very close attention to.”

All states require specific childhood vaccinations for illnesses such as polio, measles, and mumps, but exemptions vary. They all allow exemptions for people with medical concerns, 44 states allow religious exemptions, and 15 allow philosophical exemptions, according to 2021 data from the National Conference of State Legislatures.

Vaccinations are central to public health efforts at disease control and are foundational to the country’s social and economic system, said Brian Castrucci, CEO of the de Beaumont Foundation, a public health advocacy organization.

“Politicians are poking holes in our public safety net,” Castrucci said of the onslaught of anti-vaccine legislation. “Vaccines, in and of themselves, are not medicine. It’s all of us collectively protecting each other.”

To be sure, anti-vaccine activists have existed as long as vaccines. And legislation to limit requirements to vaccinate against diseases such as polio, measles, and meningitis are not new. But, according to public health experts, the movement has gained momentum amid the coronavirus pandemic, boosting the reach of high-profile anti-vaccine activists.

“If you had told me that a pandemic — and what I would consider a miraculous vaccine for that disease — would trigger an anti-vax surge, I would never have believed it,” said Tracy Russell, executive director of Nurture KC, which works to improve children’s and family health in the Kansas City area of Missouri and Kansas. “But that’s exactly what happened.”

One pending Kansas bill would mandate that vaccine exemption requests be accepted without scrutiny if based on religion or personal beliefs. Currently, the state leaves it to day care centers and school districts to accept requests for religious exemptions.

State Sen. Mark Steffen stands behind amendments he pushed nullifying Kansas’ childhood vaccine requirements. The Republican, who said he is “not an anti-vaxxer in any shape or form,” lamented mandates he said were a vestige of a “kinder, gentler time” and suggested that individual rights supersede mandates designed to protect public health.

Steffen, an anesthesiologist who said he is under investigation by the Kansas Board of Healing Arts for prescribing ivermectin to covid patients, said suggestions that a resurgence of vaccine-preventable diseases could occur if vaccination rates fall amount to fearmongering by people paid off by the pharmaceutical industry.

But Andy Marso, a Kansas vaccine advocate who launched a Facebook page to organize pro-vaccine Kansans, called such assertions insulting and said he doesn’t take any money from drug companies. He contracted meningitis B in 2004 before vaccines against it were available. He was in a coma for three weeks and had parts of all four limbs amputated.

“For me, this has been part of what helped me move on from that trauma,” Marso said. “I have a story that people need to know about.”

The legislative efforts to nullify the requirements fly in the face of widespread public support for vaccines and vaccine mandates, nationally and in Kansas, said Russell. More than 9 in 10 Kansas voters believe wellness vaccines are safe and support vaccine requirements, according to a survey conducted this year for Nurture KC. Kansas voters overwhelmingly support religious exemptions, but a majority say they support tightening existing exemptions, according to the survey.

Before the pandemic, outbreaks of measles in Kansas, Minnesota, Washington, and other states, as well as outbreaks of pertussis, had reinforced the idea that preventing disease spread required consistently high vaccination rates. And mandates, in part, helped create the mechanism for public health authorities to make vaccines widely available and accessible, said Erica DeWald, spokesperson for Vaccinate Your Family, an advocacy organization.

“Lost in what has become a political conversation around requirements is the danger of these vaccine-preventable diseases,” said DeWald. “All it takes is one case.”

Previously, anti-vaccine activists relied on long-since-debunked narratives that vaccines cause autism, said Renée DiResta, the research manager of the Stanford Internet Observatory, which studies cyber policies and how people use the internet. But in the years leading up to the pandemic, the movement began to shift its focus to align more with the populist ideology of “individual freedoms” put forward by Second Amendment advocates and the tea party.

Donald Trump expressed vaccine skepticism long before becoming president. But it was when the then-president was said to be considering naming Robert F. Kennedy Jr., a well-known anti-vaccine activist, to “investigate” vaccine safety that the movement found its footing, said Timothy Callaghan, assistant professor in the health policy and management department at Texas A&M University. The embrace of anti-vaccine messaging by prominent politicians — whether because they are “true believers” or just see it as political necessity — has “lent legitimacy that the movement lacked before,” Callaghan added.

The similarity of bills from state to state raises red flags to vaccine advocates because it suggests that a coordinated effort to dismantle vaccine requirements and public health infrastructure is underway.

“Because the anti-vax movement is becoming aligned with the far right, I think those information-sharing channels are becoming more sophisticated,” said Northe Saunders, executive director of the SAFE Communities Coalition, a pro-vaccine organization. “Their ability to attract far-right politicians who see vaccines as a cause has grown. That gets them attention, if not votes.”

Not all Republicans find common cause with anti-vaccine activists, said Kansas state Rep. John Eplee, a Republican and family physician. He said he voted against some covid-related restrictions, like a statewide mask mandate, because he believed doing so might help defuse pandemic tensions. But he advocates for all vaccines, including covid shots.

Enough others in the Kansas legislature agreed in the case of one bill: Language targeting vaccines, under the auspices of parental rights, was ultimately removed before it was passed. Some observers are cautiously optimistic the House won’t pass the other bills as written.

While Eplee hopes the “passions” inflamed by covid die down with distance from the early days of the pandemic, he’s concerned that voters have forgotten the damage done by vaccine-controllable diseases, making them susceptible to disinformation from determined anti-vaccine activists and the politicians among their ranks.

“I hate to see human nature play out like that,” said Eplee. “But if people are vocal enough and loud enough, they can swing enough votes to change the world in a not-so-good way for public health and vaccinations.”