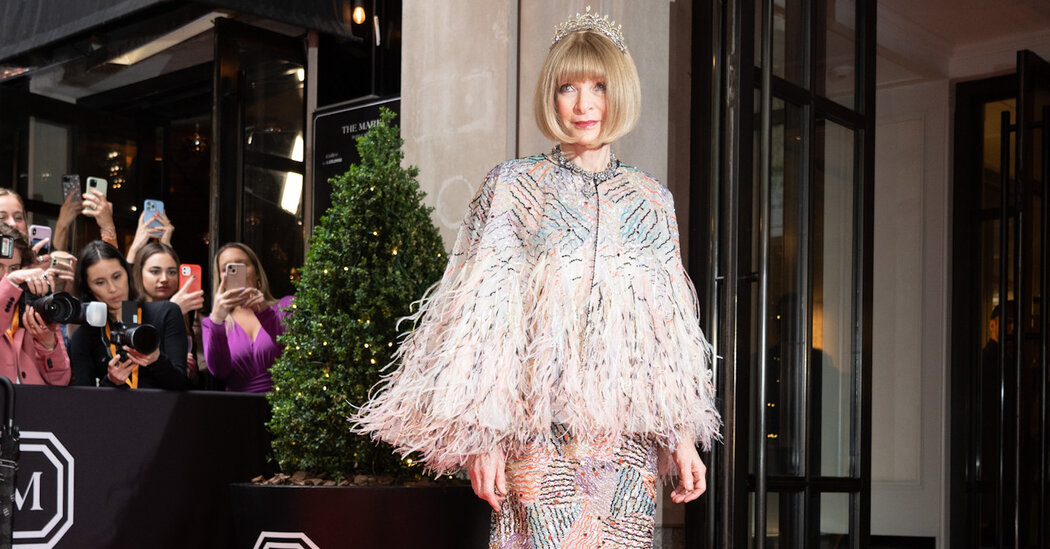 When Anna Wintour, officially an honorary co-chair of the Met Gala, unofficially its prime mastermind, takes her customary place this evening atop the museum stairs to greet her famous guests, she will be doing so not just in the shadow of the giant, eagle-bedecked marquee, but that of a new, unauthorized biography: “Anna,” by Amy Odell. Met watchers and Met attendees alike may well be rubbing their hands in anticipatory glee, and whispering over dinner.

Maybe now all will be revealed! The way Ms. Wintour gets brands to shell out tens of thousands of dollars for a table! The inside scoop on who is on the banned guest list! How she chooses what she wears — and what a lot of other people wear too!

As Willy Staley wrote in The New York Times Book Review, “You’ll walk away knowing every step — and misstep — in Wintour’s famous ascent to the heights of magazinedom, but without a working theory of the case, no conceptual framework to pack it all into and remember it by.”

Though written with the input of a variety of past and present Anna acolytes, the book is not particularly revealing; the gossip is largely familiar for anyone who has followed the Wintour ascendancy, though those who haven’t may find it vaguely dishy.

The Met Gala being a case in point. Though Ms. Wintour’s role in the party is duly recorded, including her alleged banning of parsley and onions and garlic from the dinner, readers looking for insight about how she has worked the levers of power to transform a classic New York cultural fund-raiser into an unprecedented event that raised $16.4 million in one night last September will be largely disappointed.

In any case, Ms. Wintour is already coolly casting doubt on the book. When asked for comment, her office simply emailed back: “‘Anna: The Biography’ was written without Anna’s participation and, regrettably, she was not given the opportunity to fact check anything in it.”

Which may be in itself a more palpable demonstration of her canny gamesmanship — showing her security by not forbidding anyone from talking to the author, even helping by having her office suggest some names, such that the author actually thanked her in the author’s note, then implying questions about its reliability — than anything in between the pages.

LONDON — The influence of Africa and its fashion scene has redefined the geography of the fashion industry in recent years, breaking barriers with its vitality and its reimagining of…