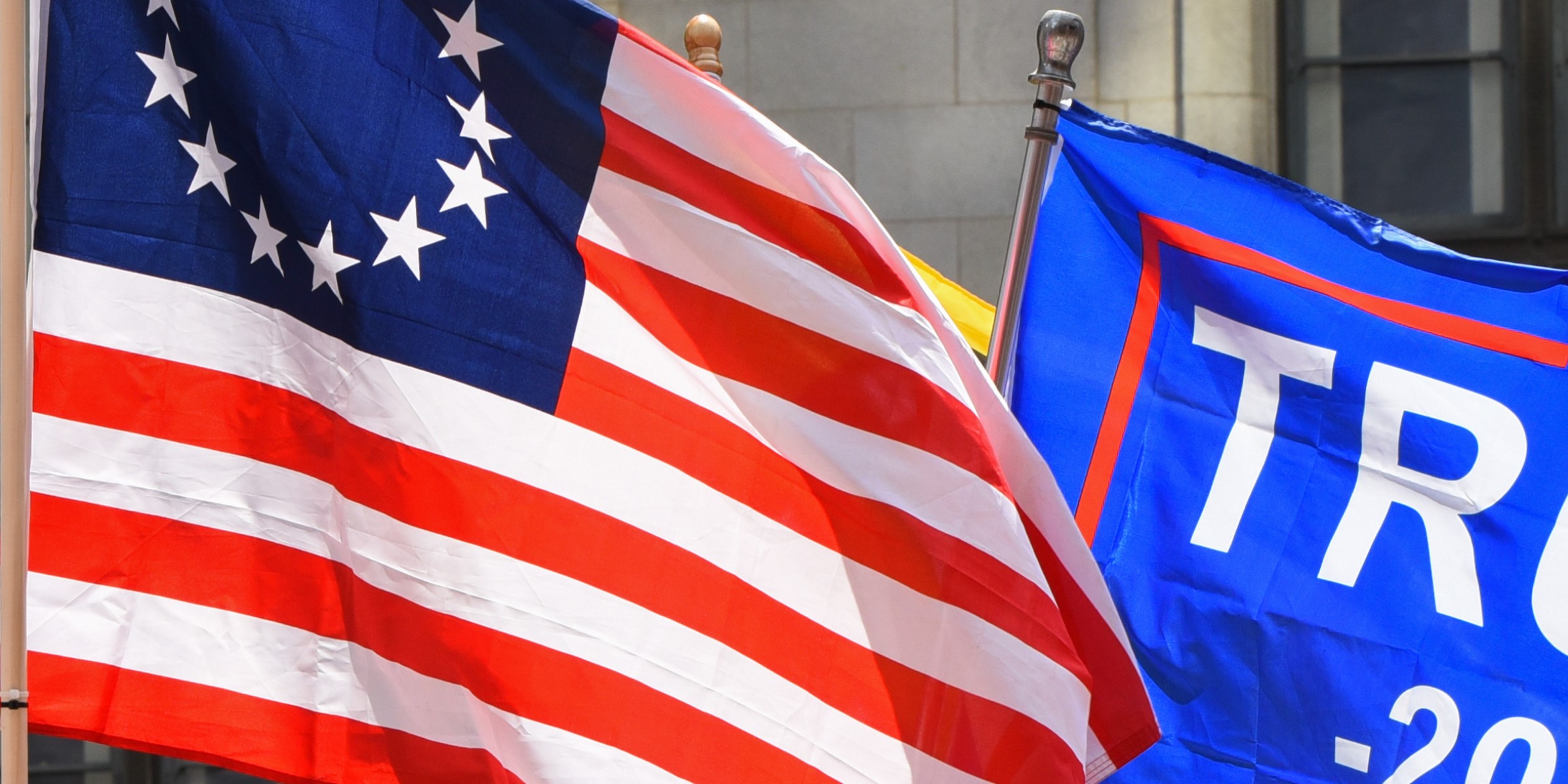 The latest crop of young entrants to conservative discourse is drawing a lot of media fascination. And understandably: there are vanishingly few young people, especially with college degrees, who identify as conservative. Many, especially older conservatives, want to know what the young right thinks, says, reads, and looks like. For more established generations invested in the conservative movement, the young are viewed with a sense of urgency. They must be studied and their insights heeded to ensure conservatism’s longevity.

So it’s no surprise that Sam Adler-Bell’s recent New Republic essay that profiled a select few of the New Right’s young leaders generated a lot of interest. The men interviewed were mostly in their early 20s, bright, and all impressively accomplished. Such interest in the young is sensible—shaping and investing future generations is a perennial civilizational duty that requires vast effort and resources. And yet too much attention and awe given to the young can artificially amplify their role in the intellectual and political spheres.

The “New Right,” a loosely related cluster of conservative subgroups like national conservatives, postliberals, integralists, and many others, is often discussed as a young man’s game. While wunderkinds have always emerged within political movements, there’s uniquely youthful energy in the New Right coalition: the number of thoughtful, straight-from-university, anti-liberal conservatives with a platform of some kind is unusually large.

Newcomers to political discourse undeniably play a significant role in shaping ideas and politics. Young conservatives’ diagnoses of the old fusionist right’s failures are necessary developments in conservative debate. They have seen crucial blind spots in conservatism’s classical liberal iterations, observing the folly of wedding social goods to the whims of the unregulated markets. Youthful conservatives’ zeal and pitch have rightfully brought these failings to the center of the conversation.

Yet their observations about fusionism’s systematic errors are downstream of labor from minds more experienced and mature. Pretty much all of the most insightful luminaries of the new, postliberal/post-fusionist right—Adrian Vermeule, Patrick Deneen, Yoram Hazony, Oren Cass—belong to Gen X. As a group, Gen Xers, who sit rather quietly between Millennials and Boomers as they hurl incendiary (but fair) books at one another, are generating a large portion of the right’s most innovative ideas. Yuval Levin, Erika Bachiochi, Ross Douthat, Naomi Schaefer Riley, Elizabeth Corey, Ben and Jenna Storey, Zena Hitz, Alan Jacobs, and countless others are offering perceptive, mature, and intellectually weighty reflections on our moment.

Members of Gen X tend to be conservatism’s most diligent intellectual workhorses. They often (though not always) set the terms of debate about liberalism, feminism, higher education, and capitalism. Elizabeth Corey has offered innovative, refreshing, and realistic analyses of higher education’s shortcomings and ways to move forward. Erika Bachiochi has outlined a phenomenal portrait of women’s rights that transcends the gridlock of radical feminism and radical traditionalism. Zena Hitz has provided an irresistible exploration into the nature of intellectual endeavors amid the catatonic pace of internet political debate and daily busyness. Yuval Levin has perceptively diagnosed why American political institutions are decaying and regularly offers both philosophical analyses and practical steps forward.

There are prominent examples of young thinkers reaching the fore of social debate, of course: William F. Buckley, as Adler-Bell notes, wrote God and Man at Yale when he was just 25. Ross Douthat also wrote Privilege: Harvard and the Education of the Ruling Class when he was 25. But for older conservatives anxious to treat the anomalous as a permanent class of tone-setters gives the false sense that that 22-year-olds sit atop the right’s intellectual hierarchy, call the shots, and dictate which ideas are relevant and which aren’t. The more anxiety conservatives as a whole feel to please the young, the more freshly minted college graduates actually will sit at the helm.

Of course, many younger writers and thinkers are innovative and insightful in their own right. But, for all the importance of their work, it’s a mistake to treat them as though they’re leading the right. They’re reading books written by Gen Xers, who are young enough (and have kids young enough) to understand the corrosive effects of late capitalism that shape Millennials and Gen Z’s day-to-day lives. But they’ve also experienced enough decades to generally have a firmer grasp on what’s permanent, what’s contingent, what’s a product of bad personal habits, and what’s a result of bad social arrangements.

Those beyond their early 20s have also had opportunities to experience and learn from the folly of placing all their bets on a single candidate, administration, or utopic coalition only to be disappointed by the morass of political reality. Those attuned to society’s cadences know that negotiation and patience are allies, not enemies, of ambition and boldness. Learning these tough lessons is by no means a guarantee or promise of age. Plenty of older voices hitch their wagons on naïve, delusional, or reckless schemes. But those who remain attentive to the winding course of public life throughout their years become varnished with wisdom. This acquired acumen clearly does not lead to consensus. Exceptional Gen X thinkers disagree quite widely on a variety of levels. Theoretical and electoral politics alike are sites of sharp contention among sharp minds, which reach a range of reasonable conclusions. Wherever they fall in this range, middle-aged thinkers are more positioned to notice shades and subtleties that the young in their ardor might overlook. These thinkers are usually also capable of grasping the digitally-driven challenges that engross their younger counterparts.

Conservatism’s keen interest in the young often takes the form of fellowships and academic programs. Adler-Bell acknowledges that these conservative fellowships “have long played a role in shaping the next generation of right-wing elites” and often “involve long days of discussing political philosophy and long nights of drinking wine with conservative luminaries.”

Speaking from experience, many academic or membership programs like those at American Compass and the American Enterprise Institute afford real friendship, intellectual growth, cultivation of virtue, and merriment to participants. But other programs, often out of political strategy, seem more focused on building highly visible pedestals for their young, talented participants, pushing them to cultivate personal branding without providing requisite character formation. Some are prepared to lead at a young age and do so successfully, of course, and it’s good that they have such opportunities. Nor do I suggest that any current young leaders are ill-suited for their role; rather, I am cautioning against a growing attitude of urgency to save conservatism and defeat “wokism” by turning armies of 22-year-olds into pundits. It’s a failing strategy, and it doesn’t instill the virtues needed to lead well. Enabling swaths of young intellectuals to enjoy podiums and attention from awed onlookers is a dangerous game and puts psychologically unhealthy pressure on those not ready for the spotlight. Moreover, it lends too much credence to many voices that haven’t had the time to take in reality’s various inflections, which usually force a little humility.

There is probably one or a few Buckleys and Douthats in the making right now—those who have native insight and breadth of vision at a precocious age. But most millennials and Gen Zers who will write pathbreaking books and shape conservatism in the coming decades are working in Congress, earning their PhDs, researching at think tanks, and observing our society’s patterns and rhythms (for now). And a lot of them are probably Tweeting, too. In the years ahead, their ideas will find a format—probably books—more conducive to sustained reflection. Their work will reflect careful deliberation and illuminate new features of our social landscape. But until then, we need not distribute megaphones to every single intelligent and ambitious young person.