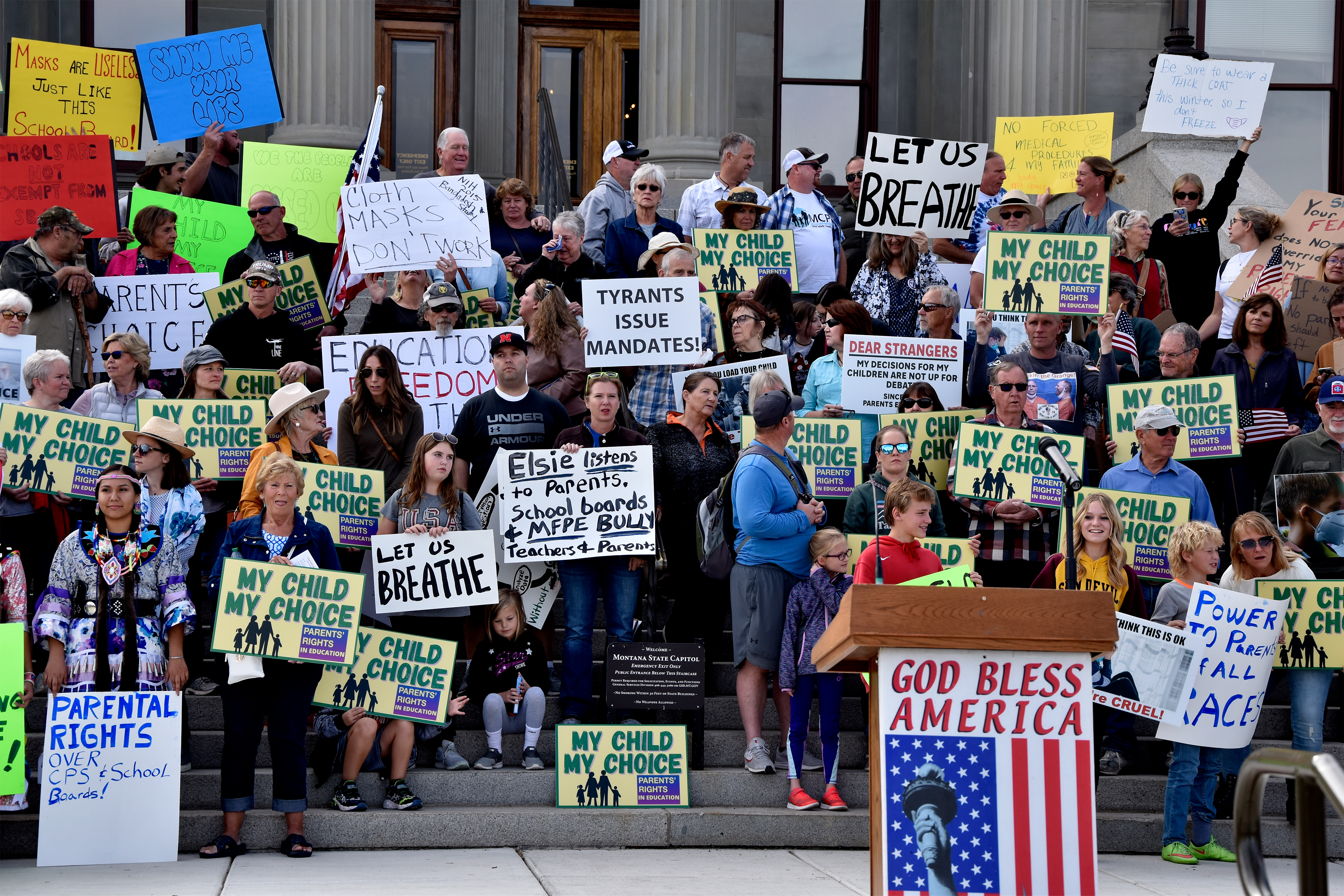 A year after a new Montana law stripped local health boards of their rulemaking authority, confusion and power struggles are creating a patchwork oversight system that may change how public health is administered long after the pandemic is over.

The law, which took effect last April amid criticism of mask mandates and other covid restrictions on businesses, gave local elected leaders the final say in creating public health rules. Supporters said elected officials would be accountable to voters if they abuse that authority, while opponents said the change would inject politics into health decisions.

Matt Kelley, CEO of the Montana Public Health Institute, a nonprofit focused on strengthening public health systems, said local health boards still have a duty to protect their communities, but the law limits their power to do so.

“Anybody who has ever been in a job where they have a responsibility for something but not the authority to actually get that done knows how hard that is and how bad that feels,” Kelley said.

The law was part of a wave of bills passed in statehouses amid a pandemic backlash. At least 26 states adopted laws rolling back public health powers. Montana legislators passed some of the most restrictive changes, including preventing limits on religious gatherings and banning employers — even hospitals — from requiring vaccination against covid-19 or any other disease.

Before the new law, health boards comprising appointees by local governments set public health rules and approved emergency health measures for their regions. The measure limiting health boards’ powers allows them to pass orders in an emergency, though the elected officials can change or revoke those orders. Elected officials also have final say in appointing a health officer. But local health departments’ and health boards’ day-to-day operations are supposed to be untouched by the new rules.

The law left county commissions to oversee county health boards and city councils to oversee city health boards. But for local governments with joint health departments, the law is vague; they’re left to define their own “governing body” to provide oversight.

As a result, those cities and counties have to rework agreements that define how their joint boards operate, said Kelly Lynch, executive director of the Montana League of Cities and Towns.

Several haven’t figured it out. In some places, the holdup has been local officials butting heads over who should get a vote and how much sway each should get. In other areas, established bodies have not outlined how they’ll operate.

As of early April, four out of six of Montana’s most-populated counties — Missoula, Cascade, Yellowstone, and Gallatin — still hadn’t finalized their governing bodies. That left public health boards in limbo. Many of the health officials stuck in the middle are new to the job after their predecessors quit or retired in the face of an increasingly polarized public.

When D’Shane Barnett was hired as health officer for the Missoula City-County Health Department, he expected the new rules to roll into place soon after. A year later, he’s still waiting.

“The weirdest impact is that I don’t know who my boss is,” Barnett said.

Until then, Barnett said, he tries to make sure all interested local government officials are on board with his department’s actions. “So far, everybody is, but it won’t be that way forever,” he said.

David Bedey, a Republican state representative from Ravalli County who proposed the new law last year, said the idea to shift public health authority to elected officials preceded the pandemic. Although politicians aren’t experts in roadways, they craft the rules of the road — and the same idea should apply to public health, he said.

Bedey said he’s surprised it’s taken localities this long to establish governing bodies, but he believes they’ll work it out.

“The idea here was local jurisdictions and citizens within those jurisdictions would settle this amongst themselves,” Bedey said. “If they have pending regulations that need approval, that ought to give them plenty of motivation.”

John Felton, Yellowstone County’s health officer, said the law has created confusion in the state’s largest county. There, four jurisdictions — the county, the cities of Billings and Laurel, and the town of Broadview — overlap in oversight of a health department, RiverStone Health, which has its own clinics and offers medical services beyond the scope of most public health agencies in the state.

Felton wonders how new oversight might affect future changes in non-covid areas of public health, such as food prep rules or how tattoo artists wrap clients’ new ink. He’s waiting to see how local leaders define a governing body’s interactions with other new laws, such as one that restricts health officials from getting between a business and its clients.

But with covid cases low, those once-pressing questions seem to have fizzled out.

“Without that urgency and concern that someone’s going to put in masking requirements or occupancy limitations, it kind of gets forgotten,” Felton said.

Even with the uncertainty, Felton said, he’ll act if a public health issue puts people at risk: “I will just do what I believe is the right thing and sort it out later if someone doesn’t like the way it was, or they think it was contrary to the intent of the rules.”

In the law, the authors wrote that part of its purpose was to address issues or conditions created during a public health emergency, not to hinder the non-emergency powers of local health boards. Gallatin County Commissioner Joe Skinner, a supporter of the change, said restaurant inspections, septic permits, and the like should be left to health professionals.

“When you start restricting people’s freedoms, closing businesses, requiring certain things like masks, that’s not a health decision anymore,” he said. “That’s a political decision that should be made by people that are elected.”

For months, Skinner and his fellow county commissioners wanted to be the sole representatives on the new public health authority governing board over the Gallatin City-County Health Department. City leaders from Bozeman and Belgrade objected to being shut out. County officials signed on to a proposal allowing a representative from each city, but some public health workers — including Kelley, a former Gallatin City-County health officer — objected that the plan goes beyond the law by requiring the county’s approval of the health board’s spending.

Bozeman Mayor Cyndy Andrus said city officials were reviewing the latest proposal. “The legislature may have made a long-term decision based on what I would call a short-term event,” she said. “You know, 99% of what public health boards do is not pandemic-related.”

In Missoula, Barnett said it will take time to understand all the consequences of the law. “This has added a layer of bureaucracy, and it brings popular opinion into public health,” he said. “There are probably going to be effects and ramifications from this bill that we might not see for years.”

Traders on the floor of the NYSE, June 16, 2022. Source: NYSE U.S. stock futures were slightly higher on Thursday morning as investors digested the most recent meeting minutes from…

How Executive MBA in UK helps you in making better Career?