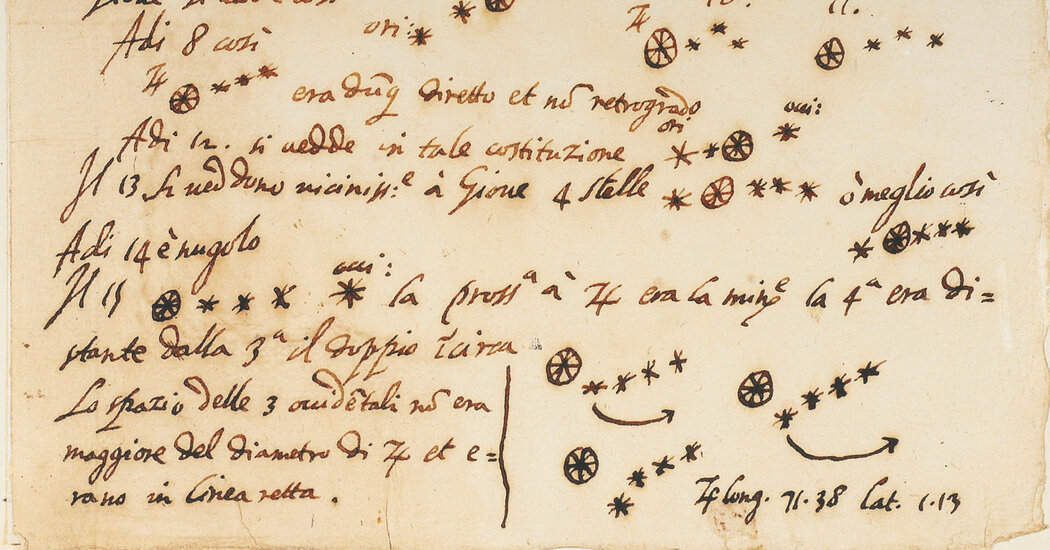 Palmer, at the Morgan Library, said in an interview that he accepted Wilding’s findings that the 1607 letter was not a genuine Galileo, and that the library would update its catalog to note that it was “formerly attributed to Galileo.”

The revelation of the forgeries does not fundamentally change Galileo’s discovery, which is amply documented. It does, however, eliminate what had appeared to be an intriguing apparent first draft of the discovery that had seemed to show the scientist wrestling in real time with his observations. Some scholars had struggled to understand exactly what Galileo was sketching on the Michigan document; now that it has been declared a forgery, it appears that any mystery may stem from the confusion of the forger, not the scientist. “We’re left with a simpler, more straightforward account,” said Wilding. “There’s no distraction of having to explain away this argument that doesn’t quite fit.”

Now the staff of the Michigan library is considering ways to use the object to examine the methods and motivations behind forgeries, potentially making it the centerpiece of a future exhibit or symposium.

“The forgery is a really good one,” said Hayward. “The discovery in some ways makes this a more fascinating item.”

In his research into Nicotra, Wilding learned the Italian had reportedly started selling fake letters and musical manuscripts to support seven mistresses. An investigation into a dubious Mozart manuscript led the police to raid his Milan apartment in 1934, finding a virtual “forgery factory,” says Wilding, with endpapers ripped from old books and fakes from Lorenzo de’ Medici, Christopher Columbus, and other historical figures.

Scholars warn that there are likely other false documents in collections waiting to be discovered.

“There are definitely more forgeries out there,” said Hannah Marcus, an associate professor in Harvard’s department of the history of science who is writing a book about Galileo’s correspondence, with Paula Findlen of Stanford University. She commends Wilding on the work he’s done in exposing fakes. “Not everything has to be read with an air of suspicion,” she said, “but everything needs to be read with a careful eye.”

CNBC’s Jim Cramer on Monday said that investors should ignore negative calls about Apple and hold onto their shares of the company. “The next time you hear this Apple mishegoss,…