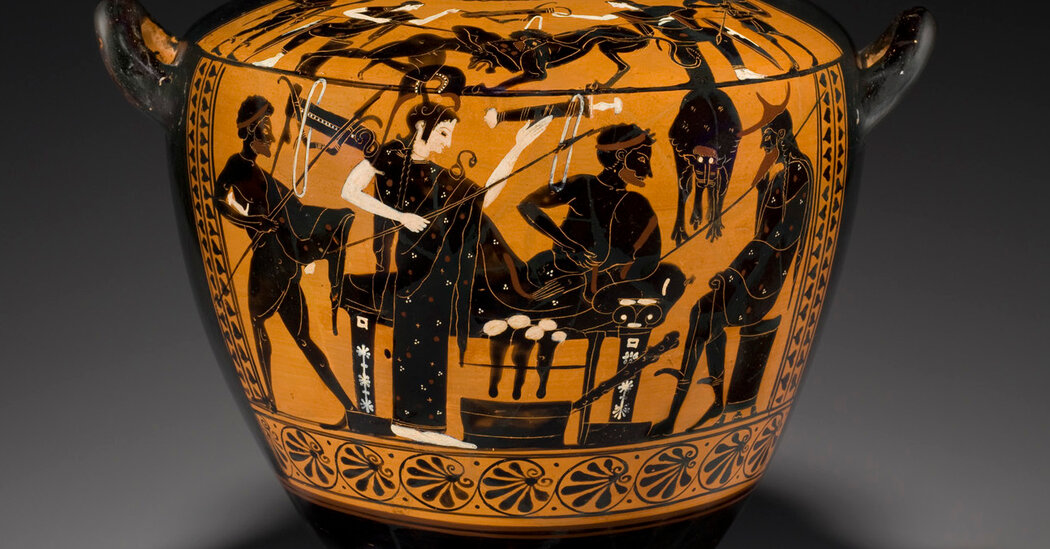 This case and other recent actions, like the Steinhardt seizures, show that Mr. Bogdanos’s unit is reaching far back in time and across state lines to confiscate objects. The seizures, Mr. Bogdanos said, are warranted by a state statute that lets prosecutors return stolen property to its “rightful owners” regardless of when or where they were stolen, and because New York was “the locus of conspiracy.”

All four of the museums involved in the case said that after reviewing the district attorney’s evidence, they decided to voluntarily give up their Almagià-related items.

Hardest hit was the Museum of Greek, Etruscan, and Roman Art at Fordham University, which surrendered close to a hundred of the 260 items donated in 2007 by a single alumnus, William D. Walsh, who died in 2013 and was unaware of their checkered provenance, investigators said. His collection comprised Greco-Roman items dating at least as far back as 700 B.C. and included world-class examples of portraiture and pottery.

His donation, and about 40 subsequent gifts, allowed the university to set up a free museum and a teaching and research institution devoted to studying ancient Mediterranean art. One of the seized objects, a 19-inch-high terra-cotta hydria, or water jar, depicting the deeds of Hercules, appeared on the cover of the museum’s 2012 catalog.

In a statement, Fordham called the seizures and repatriation an “appropriate action.”

“Since Fordham received the antiquities in 2007,” the statement added, “it has been transparent regarding the objects’ provenance or lack thereof, including the publication of a catalog in 2012, in part so that other researchers had full access to the relevant information about the collection. The University still has more than 200 antiquities in its collection, which will be reorganized to optimize their use in Fordham’s teaching museum.”

The Getty said in a statement: “Most of the objects being deaccessioned were accepted as gifts to the Getty 25 years ago. Whenever new information about the provenance of objects comes to the attention of Getty, we conduct a thorough review and return objects if warranted by those new findings.”