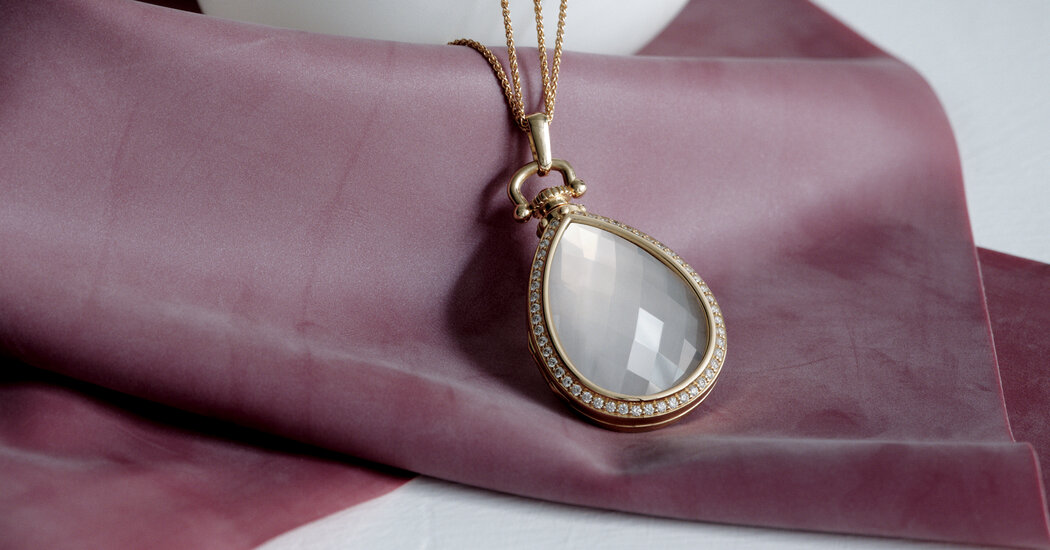 Like so many first-generation Americans, the jewelry designer Monica Rich Kosann has always felt deeply connected to the past. Raised on Manhattan’s Upper East Side by an Austrian mother and a Hungarian father, she spent her childhood days wandering through museums and art galleries with her family. As a student at LaGuardia High School of Music and Art, Kosann would head downtown after class to rummage through antiques stores. At 16, the gift of a Rollei film camera from her father changed her life. Inspired by Alfred Stieglitz and Edward Steichen, she spent the next two decades taking portraits of friends and acquaintances. Her love of old, beautiful things never faded, and she amassed in that time “about a gazillion” Art Deco cigarette cases, powder compacts, Victorian lockets and minaudières from the early 1900s, which she acquired at the Marché aux Puces de Saint-Ouen in Paris, along Portobello Road in London and down Vienna’s cobblestone side streets. Kosann would insert her photos into what she called “image cases,” and give them as presents to friends, and by 2003, she launched her namesake line of sterling silver photo boxes. She eventually expanded into jewelry, offering oval filigree lockets, enamel vermeil zodiac charms and stackable gold bands that riff on 15th-century poesy rings.

Nearly 20 years later, Kosann is still drawn to the stories our objects tell, or the ones she imagines they might. A new update on one of her creations started with a mysterious silver necklace that she picked up at the flea market in Paris in the early 2000s. She was so taken by its hand-engraved scrolling motif that she sat down to sketch a gold locket with a similar pattern. Both the antique and the design it inspired have been reborn as a faceted snow quartz teardrop pendant bordered in pavé diamonds that hangs from a 30-inch yellow-gold chain. When opened, the intricately etched locket reveals space for two photographs. “Heirlooms,” she says, “within heirlooms.”