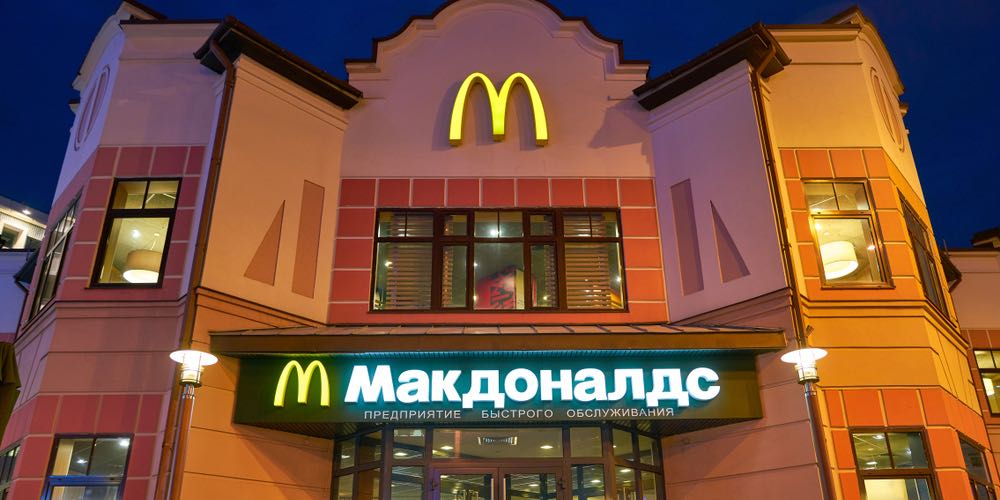 Russia’s war against Ukraine is a war about sovereignty. The sovereignty of Ukraine, of course, is being tested in the traditional way by the invasion of Russian troops. In justifying his attack on the country, Vladimir Putin has even suggested that Ukraine never was a sovereign nation or was so only by the illegitimate actions of Communist dictators. As a result, the very notion of territorial sovereignty is at stake as NATO and its individual members try to organize a response. As Christopher DeMuth put it, “the response has been a rallying of sovereign nations that few living people have seen before.” But all is not well for the sovereign nation.

The sovereignty of the United States and other Western countries has been challenged by the activity of private organizations and companies in the conduct of their foreign affairs. Many of these private actors were taking action against Russia well before the “sovereign” nations had decided what to do.

Normally, sanctions and embargoes are imposed or lifted by a government, and the agencies of that government enforce them against private companies. Rum runners and bootleggers may not have an honorable history, but they do have a history. Recent sanctions against Iran have been notoriously difficult to enforce because there is always a business incentive to circumvent them. But what happens when companies sanction another country ahead of their own governments? Close to two hundred (and growing) companies imposed their own sanctions on Russia before most Western countries had formulated a policy. Who is in charge?

At the beginning of this nation, the tension over foreign affairs was between the president and Congress. The Pacificus/Helveticus Debate between Alexander Hamilton and James Madison concerned the question of whether George Washington could declare the country neutral in the war between England and France. The Senate had ratified a treaty with the King of France before the Revolution and some, most importantly Thomas Jefferson, thought Washington’s declaration of neutrality was a usurpation of legislative authority by the executive. This was a dispute over which part of the government held certain “federative powers,” as Locke called them. This was no challenge to the government’s exercise of those powers or to the principle that only the government had such powers. Its exclusive right, sovereignty if you will, was not in doubt. It is now. Or perhaps it is better to say that the state’s exclusive right to conduct foreign policy is being questioned or challenged more than ever before.

The giant oil company, BP, stopped exporting oil from Russia, as has Shell, and both did so before President Biden issued an embargo. In other words, they were not following the president; he was following them. Germany has also been very reluctant to stop the flow of Russian gas and oil, on which it is highly dependent. The question for BP, Shell, and any other company is what motivated them to make this move. The answer seems to be public sentiment.

Anger against Russia and all things Russian is spilling over throughout the West. As Tal Fortgang recounts in his “Canceling Russia,” Carnegie Hall removed both a conductor and pianist because they are Russian. The Metropolitan Opera canceled performances by its longstanding Russian soprano. Even Russian breeds of cats are being banned from international competitions.

During World War I, school districts restricted the teaching of German and cities changed the names of streets. In the next war, the government sent loyal citizens of the country to internment camps because they were Japanese or came from Japanese families. But these were the actions of different branches and levels of government. This time it is civil society engaging in foreign relations.

Domestic politics have always been fair game for private actors. Abolitionists would not buy sugar from the South, and the Montgomery bus boycott was a defining moment of the Civil Rights Movement. The country might be said to have started with the Boston Tea Party. And in recent years private companies have played a role. Professional baseball, for instance, moved the All-Star Game out of Atlanta because of changed voting regulations in the state of Georgia. But none of these actions were aimed at foreign countries. One major exception was the 1933 Anti-Nazi boycott that was organized by British and American Jewish organizations, with some support from Christian groups. Unfortunately, it seems it hastened the persecution of Jews in Germany. It certainly did nothing to improve their condition. Boycotts against South Africa’s apartheid system are another example, but those proceeded on a much smaller scale than the response since February 24. Even the BDS Movement (Boycott, Disinvestment, Sanctions) targeting Israel may be well coordinated and funded, but it remains a niche market. The historic Abraham Accords, for instance, would never have succeeded if Israel’s enemies had had their way and diverted foreign policy from official channels.

The wisdom of excluding Russian gymnasts and soccer players, for example, from international competition can be disputed. It is unlikely, but maybe Putin would stop the war to see Russian athletes competing again. And maybe all those companies that stopped serving their customers in Russia had the right idea. When Apple and Google suspended their pay services, Muscovites had to scramble for change to use the subway. I doubt many decision-makers in the Kremlin ride the subway, but their friends and relatives might. Suspending contracts for raw materials will, as they were intended, hurt the Russian economy. That is certain. And maybe all these decisions will hasten the end of the war. But how do they get reversed?

Unless the Russian Army retreats from Ukraine and runs back over the border with its tail between its legs, the war will have to end in a negotiated settlement. Vladimir Putin and his government have issued a set of demands that include recognition of the territories he has seized in this assault and those he took in 2014, as well as changes to the Ukrainian Constitution forbidding the country from joining NATO or the European Union.

The Ukrainian president, Volodymyr Zelensky, has suggested he would be willing to discuss and maybe even accept some of these demands. He knows he will have to negotiate. The problem is that diplomatic negotiations are a tricky business. Two parties that have been killing each other—and in some cases still are—must sit down and agree to each give something up. The Russians would have to halt their attack, withdraw troops, allow civilians to escape to safe havens. The Ukrainians may have to agree to renounce claims on territory that was indisputably theirs only weeks earlier. This is land their people died protecting.

The Israeli government has offered to help negotiate between the Ukrainians and the Russians. It is one of the few countries capable of doing so in a conflict where even Switzerland has abandoned its tradition of neutrality. Intermediaries are needed in these situations. The Ukrainian ambassador, while in Israel asking for weapons, had to admit that the role of negotiator would be more important than any arms. Turkey and Serbia may also act as intermediaries.

Negotiating between two hostile parties is difficult enough. We now have more than a third party; there are thousands or millions of parties. How does anyone negotiate with civil society, those countless private actors in the West? Set aside particular policies. This is a significant coordination problem. Short of capitulation by one side, peace negotiations allow both sides to save face, which means allowing both to pretend they won, or at least won something. Today, we call this an off ramp. Will people vandalizing Russian restaurants be happy with a gloating Vladimir Putin, spinning the story to look like he won? Will they stand down when directed by professional diplomats?

Putin has presented himself as the protector of the Russian people, their honor, and even the Russian Orthodox Church. Whatever one may think of these claims, they mean he will not and cannot simply ignore the treatment of famous conductors, pianists, sopranos and yes, even cats. How will that be negotiated? These are not major companies, where a call to a CEO from the President or Secretary of State might reverse a decision. There are just too many people to call.

Will a presidential phone call even do much good in the present circumstances? Levi’s jeans, for instance, were coveted in Soviet Russia and the company now makes 2% of its income from the country. But it makes far more in the West where a significant boycott would be crushing. Can any company risk upsetting American consumers if they are still upset with Russia? Perhaps their short attention spans will turn out to be a good thing. But in the meantime, could the President force companies to sell their products or, in general, do business with a pariah nation? No reasonable person would want the government to have such powers, but things are inverted. Usually, governments try to prevent companies from circumventing sanctions. We might be in a position where governments will be trying to prevent them from circumventing peace.

Evidence of war crimes in areas from which Russia has retreated will likely harden popular opinion in the West, and perhaps it should. But it might also embolden freelanced foreign policy-making throughout civil society. If Starbucks, for instance, has better instincts or is at least seen as more competent than the Biden Administration, what does that say for the future of diplomatic negotiations?

The bigger question is whether private organizations will play an increased role in foreign affairs or if this is a special case. Only time will tell, of course, but the Biden Administration has outsourced some of its most important diplomatic relations already. It has relied heavily on Russian officials in the renegotiation of the Iran Nuclear Deal, officially the JCPOA. Maybe this tied its hands regarding Ukraine and left an opening for diplomacy by civil society. Whatever the case may be, Hamilton and Madison would be shocked that we are not seeing a contest between the official branches of government, but that our foreign policy is increasingly driven by the decisions of coffee shops, clothiers, and cell phone companies.