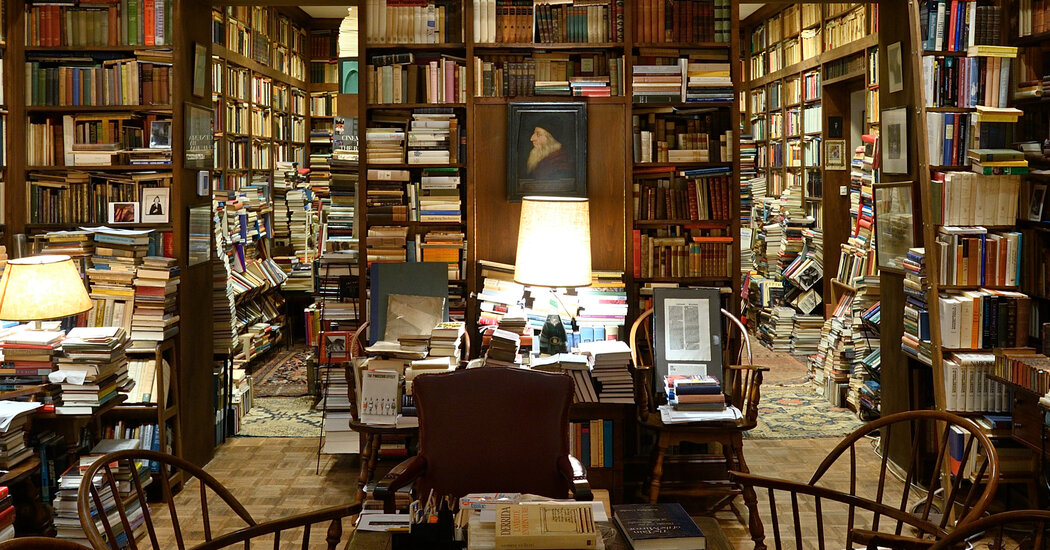 The library, it should be known, is not in Europe. It doesn’t even exist anymore. But when it did, it was the home library of Johns Hopkins professor Dr. Richard Macksey in Baltimore. (I was his student in 2015 and interviewed him for Literary Hub in 2018.) Dr. Macksey, who passed away in 2019, was a book collector, polyglot and scholar of comparative literature. At Hopkins, he founded one of the country’s first interdisciplinary academic departments and organized the 1966 conference “The Languages of Criticism and the Sciences of Man,” which included seminal lectures by the theorists Jacques Derrida, Roland Barthes, Jacques Lacan and Paul de Man.

Dr. Macksey’s book collection clocked in at 51,000 titles, according to his son, Alan, excluding magazines and other ephemera. A decade ago, the most valuable pieces — including first editions of “Moby Dick,” T.S. Eliot’s “Prufrock and Other Observations,” and works by Wordsworth, Keats and Shelley — were moved to a “special collections” room on the Hopkins campus. After Dr. Macksey’s death, a S.W.A.T. team-like group of librarians and conservators spent three weeks combing through his book-filled, 7,400-square-foot house to select 35,000 volumes to add to the university’s libraries.

Surprise discoveries included an 18th-century Rousseau text with charred covers (found in the kitchen), a “pristine” copy of a rare 1950s exhibition catalog showing Wassily Kandinsky’s paintings, posters from the May 1968 protests when students in Paris occupied the Sorbonne, a hand-drawn Christmas card from the filmmaker John Waters, and the original recordings of the theorists at that 1966 structuralism conference.

“For years, everyone had said ‘there’s got to be recordings of those lectures.’ Well, we finally found the recordings of those lectures. They were hidden in a cabinet behind a bookshelf behind a couch,” said Liz Mengel, associate director of collections and academic services for the Sheridan Libraries at Johns Hopkins. Several first editions by 20th-century poets and novelists sat on a shelf in the laundry room.

After the librarians from Hopkins and nearby Loyola Notre Dame were finished selecting their donations, the remaining books were carted away by a dealer, so Dr. Macksey’s son could prepare the house to be sold.