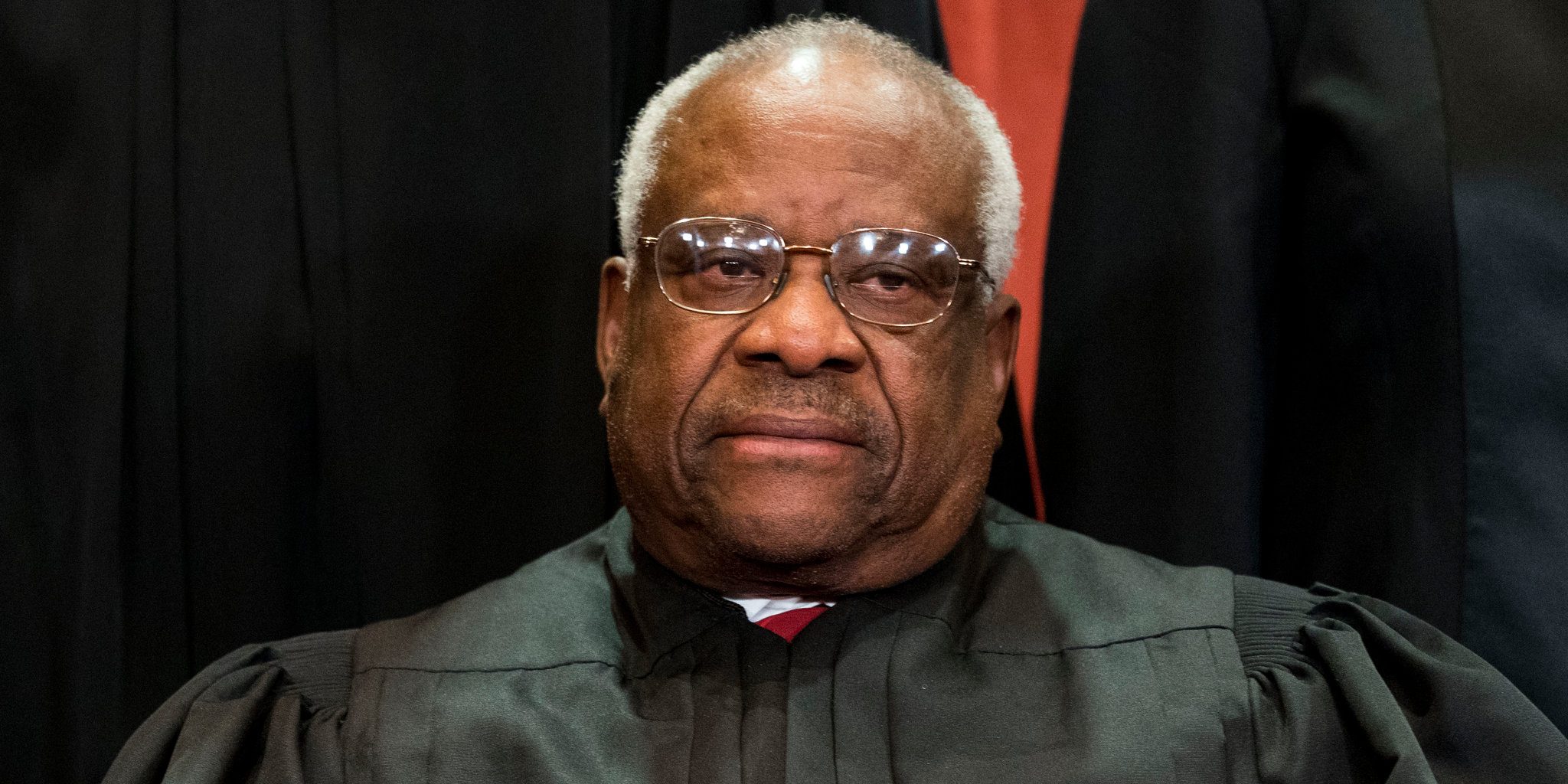 I always enjoy the essays that John O. McGinnis and Mike Rappaport write for Law & Liberty. I was delighted to read their joint piece commemorating Clarence Thomas’s thirty years on the U.S. Supreme Court. I agree with their conclusions that Justice Thomas never experienced an acclimation period of early-career hesitancy on the Court, that no justice has written more consequential originalist opinions about all facets of constitutional law, and that no member of the nation’s highest court has been more unfairly criticized.

But as both the author of the first book about Justice Thomas’s jurisprudence, First Principles: The Jurisprudence of Clarence Thomas, and a scholar who probably has studied Thomas’s career more closely than any other law professor in the twenty years since the publication of that book, I respectfully submit this concurring opinion to clarify what types (plural) of originalism Thomas practices.

Professors McGinnis and Rappaport’s jointly authored book Originalism and the Good Constitution demonstrates that they are two of the most sophisticated originalists in the law professoriate. Their thoughtful essay about Justice Thomas’s thirty years on the Supreme Court fails to note, however, that Thomas employs two discrete types of originalism. Indeed, that is the most important finding of my book about his jurisprudence. In civil rights cases, Thomas is what I call a “liberal originalist.” In civil liberties and federalism cases he is a “conservative originalist.” McGinnis and Rappaport do an excellent job chronicling the evolution of Thomas’s conservative originalism. They do not say a word about Thomas’s liberal originalism, which is the oversight that my concurring opinion endeavors to correct.

“Liberal originalism” interprets the Constitution in light of the classical liberal political philosophy of the Declaration of Independence. “To secure these rights,” the Declaration proclaims, is the reason that “governments are instituted among men.” Clarence Thomas’s commitment to the Declaration traces to his days as chairman of the U.S. Equal Employment Opportunity Commission during the Reagan Administration. There, he immersed himself in literature about the nation’s founding document to try to find solutions to the problem of discrimination in America. Most important for present purposes, Justice Thomas’s civil rights opinions are unquestionably liberal originalist.

In 1995’s Missouri v. Jenkins, for example, Thomas became the first Supreme Court justice to directly criticize Brown v. Board of Education. Although he called state-mandated segregation “despicable,” he said that the Court was wrong in 1954 to rely on disputable social science evidence to declare segregation unconstitutional rather than invoking the constitutional principle that “the government must treat citizens as individuals, and not as members of racial, ethnic, or religious groups.”

Justice Thomas’s conception of civil rights as an individual, not a group, concern likewise explains his approach to voting rights. In 1994’s Holder v. Hall, Justice Thomas wrote that racial groups should not “be conceived of largely as political interest groups,” that African Americans do not all think alike, and that existing case law should be overturned to eliminate claims for “proportional allocation of political power according to race.” Thomas echoed these views in several more recent Voting Rights Act cases, including Northwest Austin Municipal Utility District Number One v. Holder and Shelby County v. Holder.

Perhaps most significantly of all, Justice Thomas invokes the Declaration of Independence when explaining why he insists that racial preferences are unconstitutional. Here is what he said about that issue in the 2003 University of Michigan Law School case, Grutter v. Bollinger: “[T]he majority has placed its imprimatur on a practice that can only weaken the principle of equality embodied in the Declaration of Independence and the Equal Protection Clause. . . . It has been nearly 140 years since Frederick Douglass asked the intellectual ancestors of the Law School to ‘[d]o nothing with us!’ and the Nation adopted the Fourteenth Amendment. Now we must wait another 25 years to see this principle of equality vindicated. I therefore respectfully dissent.”

Justice Thomas repeated his objection to group-based approaches to equality in 2013’s Fisher v. University of Texas. He wrote in a concurring opinion in that case that, because the Equal Protection Clause guarantees every American’s constitutional right to be treated as an individual, the Court “‘must subject all racial classifications to the strictest of scrutiny.’ Under strict scrutiny, all racial classifications are categorically prohibited unless they are ‘necessary to further a compelling government interest.’” Unfortunately for the University of Texas, Justice Thomas continued, “just as the alleged educational benefits of segregation were insufficient to justify racial discrimination [during the Jim Crow era] . . . the alleged educational benefits of diversity cannot justify racial discrimination today.”

Justice Thomas’s commitment to the classical liberal political philosophy of the Declaration of Independence runs so deep that he has begun to apply liberal originalism in civil rights cases that do not involve race. In 2015’s landmark same-sex marriage case, Obergefell v. Hodges, Thomas opened and closed his dissenting opinion by invoking the Declaration, and the bulk of his dissent was devoted to explaining why: Because, in his judgment, “Our Constitution—like the Declaration of Independence before it—was predicated on a simple truth: One’s liberty, not to mention one’s dignity, was something to be shielded from—not provided by—the State. Today’s decision casts that truth aside.” In other words, Thomas took issue with the majority’s contention that marriage advances the dignity of same-sex couples. For Thomas, government is not capable of bestowing dignity; rather, dignity is a natural right that is innate within every person, a right that cannot be taken away even through slavery and internment camps.

Justice Thomas’s same-sex marriage dissent was a tour de force on the relationship between the individual and the government, especially in its discussion of the writings of John Locke, the 17th century English philosopher whose ideas about government influenced America’s founders more than any other. As Thomas himself put it, “The founding-era understanding of liberty was heavily influenced by John Locke, whose writings ‘on natural rights and on the social and governmental contract’ were cited ‘[i]n pamphlet after pamphlet’ by American writers.”

In closing, I agree with Professors McGinnis and Rappaport’s conclusion that “Clarence Thomas has a claim to be the greatest justice of all time.” I write separately to provide what I think is the most important reason why: what Thomas Jefferson meant to the Declaration of Independence in the 18th century, and what Abraham Lincoln and Martin Luther King Jr. meant to it in the 19th and 20th centuries, Clarence Thomas means to it today. Jefferson, the Declaration’s author, characterized America’s founding document as “an expression of the American mind;” Lincoln, America’s only true poet/president, described the Declaration as an “apple of gold” and the Constitution as the “frame of silver” around it; and Rev. King constructed the most famous speech of the 20th century, “I Have a Dream,” around the promise of equality to which the Declaration dedicated the nation.

Clarence Thomas, as one of only nine members of the nation’s highest court, decides civil rights cases in accordance with, as he put it in 1995’s Adarand Constructors v. Peña, the principle of “inherent equality that underlies and infuses our Constitution. See Declaration of Independence.” Huzzah.