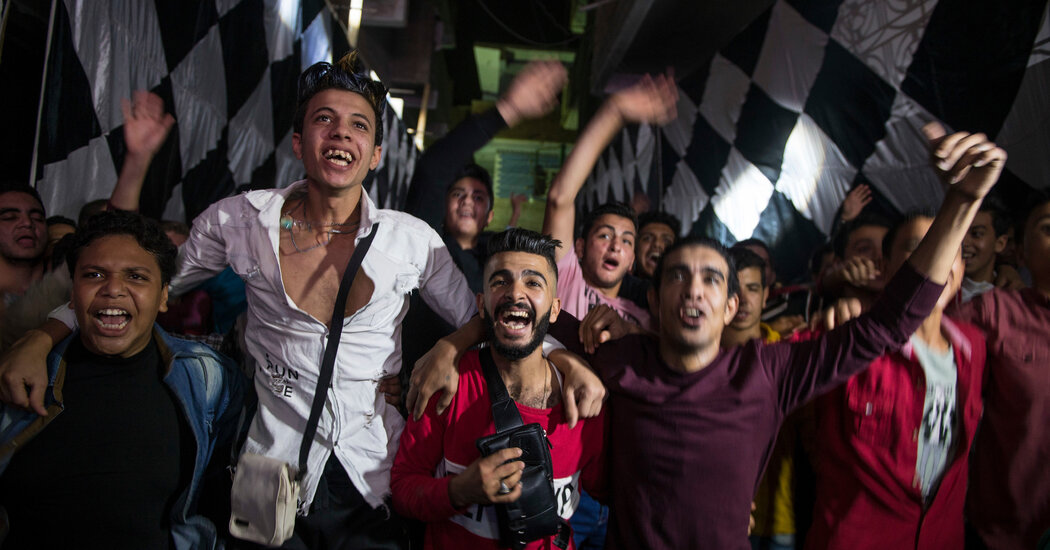 While the syndicate’s efforts may be keeping mahraganat out of clubs and concert halls, the music has never stopped.

Mr. Shakosh’s popularity continues to rise. He has more than six million followers on Facebook and over four million on Instagram and TikTok, and his music videos have exceeded two billion views on YouTube.

He is one of the Arab world’s leading performers. Since he was barred, he has performed in Saudi Arabia, Qatar and Iraq, and “The Neighbors’ Daughter” has become one of the biggest Arabic hits to date.

“It’s not the same old love songs,” said Yasmine el-Assal, a 41-year-old bank executive, after attending one of Mr. Shakosh’s concerts before the ban. “His stage presence, the music, the vibe, it’s fresh and it’s all about having fun.”

Mr. Shakosh would not agree to be interviewed, preferring to keep a low profile, his manager said, rather than to appear to publicly challenge the authorities. The ban has been harder on other artists, many of whom do not have the wherewithal or the international profile to tour abroad.

They have mostly kept quiet, refusing to make statements that they fear could ruffle more feathers.

Despite the squeeze, however, many are confident that their music falls beyond the grip of any single authority or government.

Kareem Gaber, a 23-year-old experimental music producer known by the stage name El Waili, is still burning tracks, sitting in his bedroom with a twin mattress on the floor, bare walls and his instrument, a personal computer with $100 MIDI keyboard.

“Mahraganat taught us that you can do something new,” he said, “and it will be heard.”